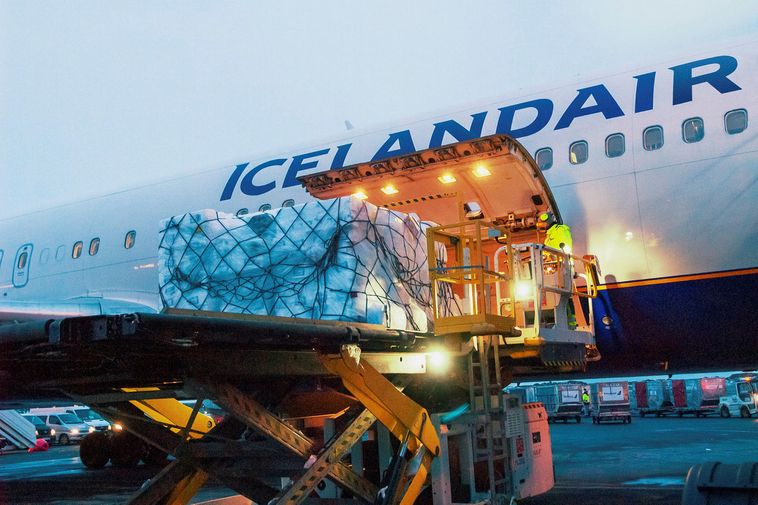 An Icelandair aircraft took off this morning from Keflavík International Airport, headed for Shanghai, China, to pick up 17 tons of medical supplies, mbl.is reports.

The aircraft, a Boeing 767 passenger jet, will have a four-hour turnaround at Shanghai Pudong International Airport before returning to Iceland. It is expected back in Iceland tomorrow. This was confirmed by Ásdís Ýr Pétursdóttir, media representative for Icelandair.

There are 11 crew members on board the aircraft, including six pilots, three ramp agents and two air mechanics.

This is an Icelandair Cargo/Loftleiðir Icelandic charter flight, in cooperation with parties in the Icelandic health care sector and DB Schenker. Authorities have granted permission for some of the cargo to be placed in the cabin.

The medical supplies are expected to meet standards set by Landspítali National University Hospital, although the hospital has not ordered from these suppliers before, states Jón Hilmar Friðriksson, service manager at Landspítali.

According to mbl.is, there have been instances where nations have rejected medical supplies from China, which didn’t meet their expectations.

“This should meet our standards, but only time will tell,” Jón states.

Next week, another flight to China to pick up medical supplies is under consideration.