COVID-19 Could Reach Peak in Mid-April 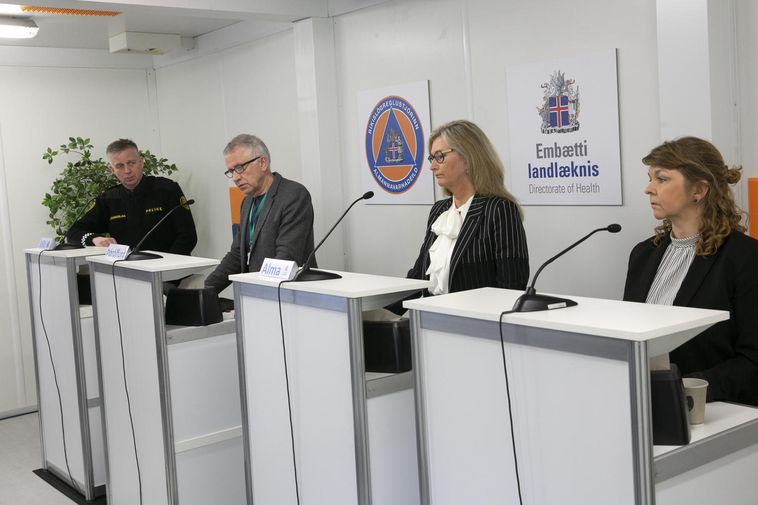 Only 22 new cases of COVID-19 were confirmed in Iceland during the past 24 hours, which may be partly due to fewer samples, or 183, being analyzed. This brings the total number of confirmed cases to 588, health officials announced at today’s press conference. For more figures, go to covid.is.

As before, 50 percent of new cases were people already in quarantine. Thirteen people are hospitalized at the moment, none of whom is in intensive care. Seven COVID-19 patients have already been discharged.

The latest statistical forecast, available on covid.hi.is, now predicts that the disease will reach a peak in Iceland in mid-April. The model predicts that by the end of April, the total number of confirmed cases could be anywhere from 2,500 to 6,000. The number of people requiring hospitalization during the pandemic could total anywhere from 170 to 400. People hospitalized in mid-April could number 90-200.

There is every indication that the disease is not prevalent among children under the age of 10. Of the 268 children in that age group tested at Landspítali National University Hospital, only 3, or less than 1 percent, have tested positive. Among the 433 children under 10 tested by deCode Genetics, none turned out positive.

There is still an imminent shortage of swabs for testing for the virus. About 2,000 of them remain. Health officials are looking into whether the production of swabs would be possible in Iceland. Until a sufficient supply of them has been secured, only people who are ill will be tested for the virus.

She urged people to donate blood to her favorite bank, the Blood Bank. Those who do so must schedule an appointment to avoid lines.

The number of heath care workers who have signed up for work at Landspítali, should their services be needed, has grown to 578. Nursing students and medical students are being urged to sign up as well.

Chief Superintendent Víðir Reynisson reminded the audience that today marks the 100th anniversary of the Icelandic Met Office, giving us reason to think about the weather (instead of the virus) for an hour tonight, when a documentary about the Met Office will be broadcast on RÚV, the national broadcasting station. The broadcast starts at 8:05 pm.