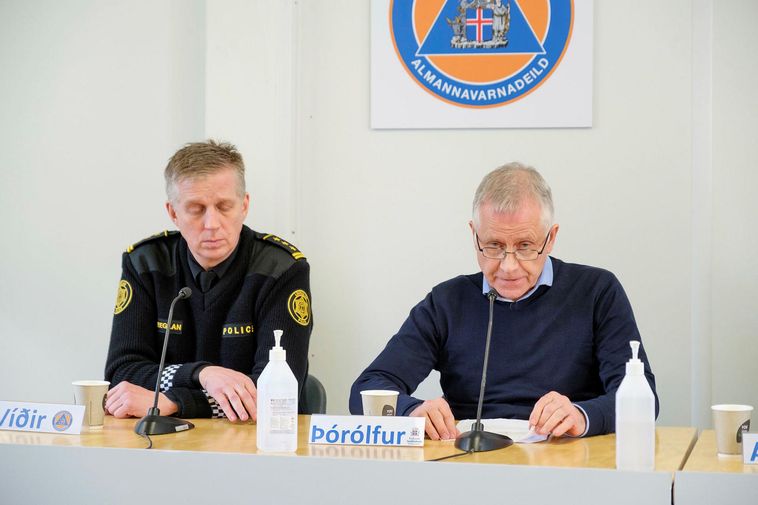 At today’s press conference, health authorities stated that a total of 568 cases of COVID-19 have now been confirmed in Iceland. Ninety-two new cases were confirmed in the last 24 hours. Fifty percent of the new cases are people who already were quarantined.

The good news is that the number of new cases is increasing at a slower rate in Iceland than it is in the rest of the Nordic countries. That suggests that the approach being taken by health authorities is working well.

Fewer samples were taken yesterday than in previous days, because health authorities are taking care not to use up too many swabs, since there is a world-wide shortage of them. The shortage has especially limited the screening initiative of deCode Genetics for the past two days. Due to the limited number of swabs, access to screening could be limited to those who are clearly in need of screening.

Roughly 2,000 swabs were available Friday, but a shipment has been promised this week.

It was announced at the conference that all organized sports activities will be canceled during the ban on public gatherings.

Icelanders traveling abroad are encouraged to return to Iceland as soon as possible, since there are indications that an increasing number of airports are likely to close.

Chief Epidemiologist Þórólfur Guðnason and Chief Superintendent Víðir Reynisson stressed that they are under no political pressure whatsoever from authorities when it comes to decision making.

Víðir asked anyone experiencing symptoms of cold, aching bones, or anyone under the weather to remain at home. He closed on an uplifting note, encouraging everyone to have a virus-free hour between 8 and 9 pm tonight, free of any mention of the coronavirus.