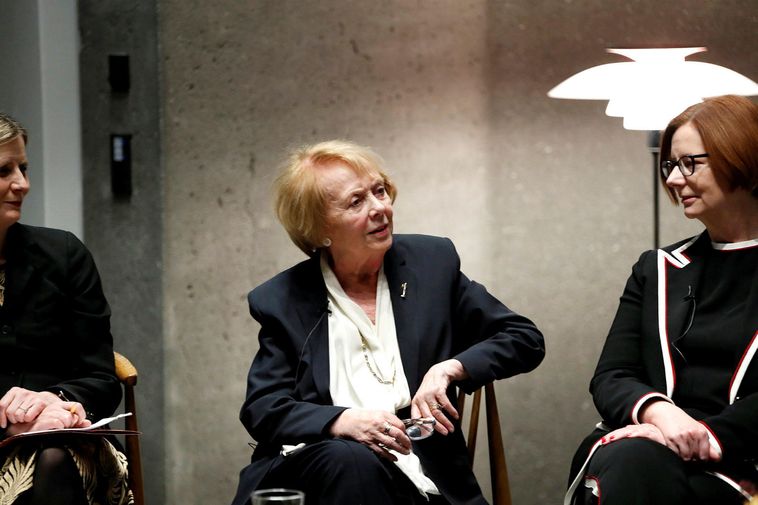 At its last meeting, the Reykjavík City Council voted to allocate a grant of ISK 3 million to the Vigdís Finnbogadóttir Institute of Foreign Languages for the celebration of the 90th birthday of former president Vigdís Finnbogadóttir April 15, mbl.is reports. In addition, June 29 this summer marks the 40th anniversary of her being elected president of Iceland – a post she held  until 1996.

A birthday celebration will be held at Háskólabíó cinema, hosted by the University of Iceland and the Vigdís Finnbogadóttir Institute of Foreign Languages, in cooperation with the Icelandic government and the City of Reykjavík.

An almost two-hour  celebration is planned, which is meant to appeal to the public, not least young people, according to Auður Hauksdóttir, who directs the celebration. RÚV, the national broadcasting station, will broadcast live from the festivities.

The estimated cost of the celebration is ISK 14-15 million (USD 110,000-118,000; EUR 101,000-109,000). The Icelandic government will contribute ISK 5 million, the University of Iceland ISK 3 million, and Reykjavík City ISK 3 million. Finally, Landsbanki has offered financial support of ISK 5 million, half of which goes toward a Vigdís award, to be presented for the first time on April 15.