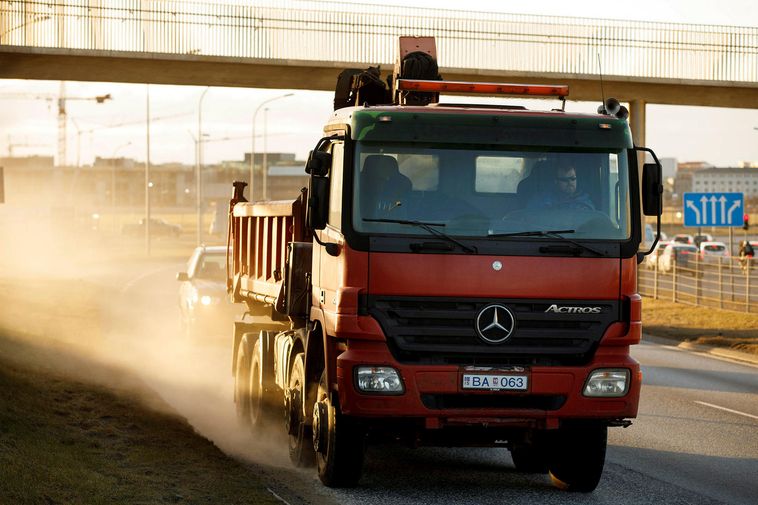 Gray-colored pollution was apparent in Reykjavík yesterday and the concentration of Nitrogen Dioxide (NO2) exceeded health protection limits for the fourth day in a row, Morgunblaðið reports. The one-hour NO2 value on Grensásvegur in Reyjavík was 152.5 micrograms per cubic meter, whereas the one-hour health protection limit, based on a 24-hour reading, is 75 micrograms per cubic meter.

Calm winds are expected to continue for the coming days, increasing the likelihood of the pollution persisting.

NO2 pollution is caused mainly by the exhaust from motorized vehicles. It reaches a peak during rush hour traffic – in the morning and late afternoon.

In an attempt to reduce pollution levels, the City of Reykjavík has encouraged people to limit their use of private cars. Children and people with respiratory problems are advised to stay away from streets where traffic is heavy.

You can look up ambient air quality in Iceland by visiting this website – loftgaedi.is.