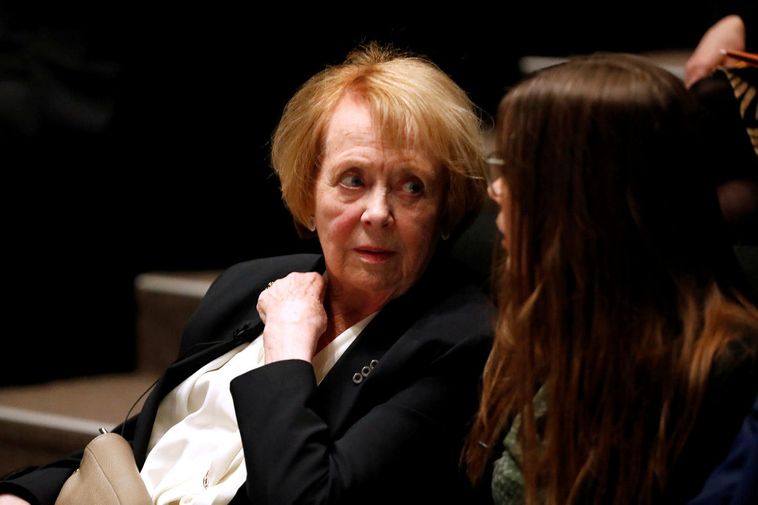 The second Reykjavík Global Forum opened at Harpa Concert Hall yesterday.  Women leaders, 450 of them, from all over the world are gathered to discuss and share ideas and solutions on how to further advance society.

The forum is co-hosted by Women Political Leaders and the government and parliament of Iceland. Guests include female presidents, prime ministers and other public figures, as well as leaders from business, academia, civil society, the arts and media, prominent in their respective fields.

In her opening address, Prime Minister Katrín Jakobsdóttir announced that for the first time next year, an international cultural award will be given in honor of former president Vigdís Finnbogadóttir - the first woman in the world to be elected head of state in a national election. She served as president until 1996.

Vígdís turns 90 years old on April 15 next year, and June 29 next summer marks the 40th anniversary of her presidential election. That is when the award is to be presented for the first time. It is to be given to individuals who have excelled in their work in support of culture – primarily in the field of languages, mbl.is reports.

The government has allocated ISK 10 million (USD 81,000; EUR 73,000) for the project – ISK 5 million of which goes toward celebrating the anniversary of the election and ISK 5 million for the award.

Speaking of the award, Hanna Birna Kristjánsdóttir, chair of Women Political Leaders, stated, “By this, we are acknowledging and ensuring that her heritage lives on with us. I don’t think any person has done as much for Iceland.”

“I appreciate it,” Vigdís tells mbl.is “when girls come to me and say that I’m a role model for them. Then I always tell them, ‘Since I could do it, so can you.’”