Bus Skids off Road and into River 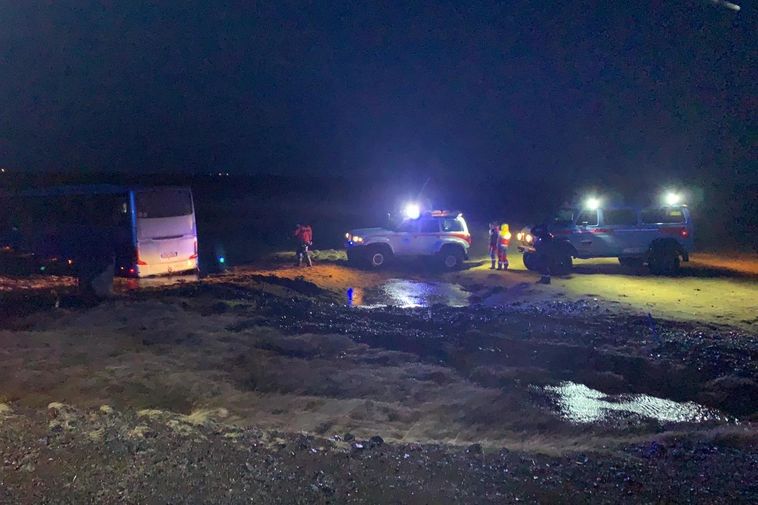 A bus carrying 23 people skidded off the road in South Iceland this morning and landed in a river, according to ICE-SAR. No one on board the bus was injured. The incident occurred by Hafurshóll, near Eyjafjöll mountains.

A gale or severe gale warning is in effect for this area until evening. Wind gusts reach up to 40 m/sec.

Rescue teams in South Iceland were called out at 8:12 am. Rescue workers transported the passengers in rescue vehicles to a Red Cross emergency center, which was opened at Heimaland.