Father on Fire during Daughter’s Wedding 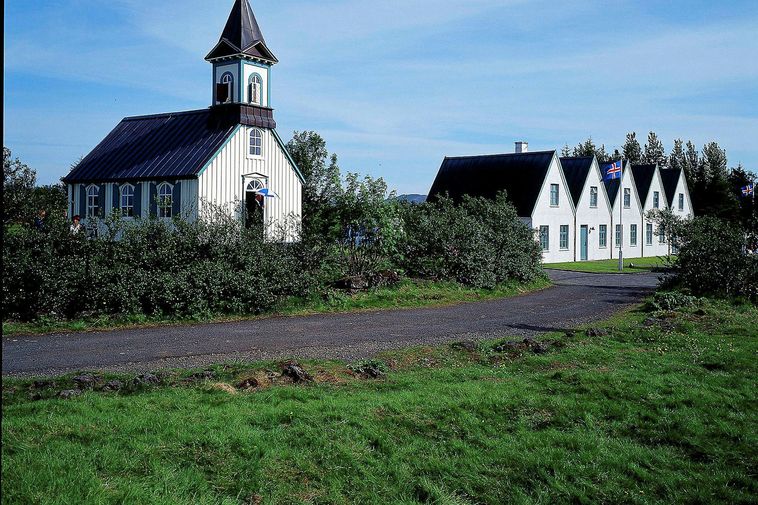 The father of the bride was on fire during the wedding ceremony. As a result, rules regarding candle lights in Þingvallakirkja church, Southwest Iceland, will be tightened, Morgunblaðið reports.

The incident occurred during a wedding ceremony Ocober 4. The minister, Karen Lind Ólafsdóttir, posted this description on Facebook afterwards:

“As the bride and groom exchanged their vows, I smelled smoke. I looked around and saw the reflection of light in one of the windows. As I ran in that direction, I noticed that the father of the bride had bumped into a candle, and his jacket was in flames. The flames covered almost his entire back.”

The minister reacted quickly and used a leather portfolio she generally brings to wedding ceremonies to fight the fire.

Once all the fire had been put out, the ceremony concluded, and the minister silently added a few prayers after saying the Lord’s Prayer. The father of the bride escaped unharmed. Under the jacket, he had been wearing a fleece pullover, which melted into the jacket and shirt.

“He will return home grateful and happy, bringing home a memory of a minister hitting him with a leather portfolio during his daughter’s wedding,” Karen Lind concluded.

Einar Á. Sæmundsen, director of Þingvellir National Park, tells Morgunblaðið he believes that from now on, no decorations will be allowed in the church, and that candle lights are to be limited to the altar, where they can be monitored by the minister. He notes that the church is commonly used for wedding ceremonies, often organized by companies in the tourism business. Employees of the national park are responsible for getting the church ready for the ceremonies.

Þingvallakirkja church was built in 1859. It has been on a list of nationally protected buildings since January 1, 1990. It is the property of the Icelandic State.