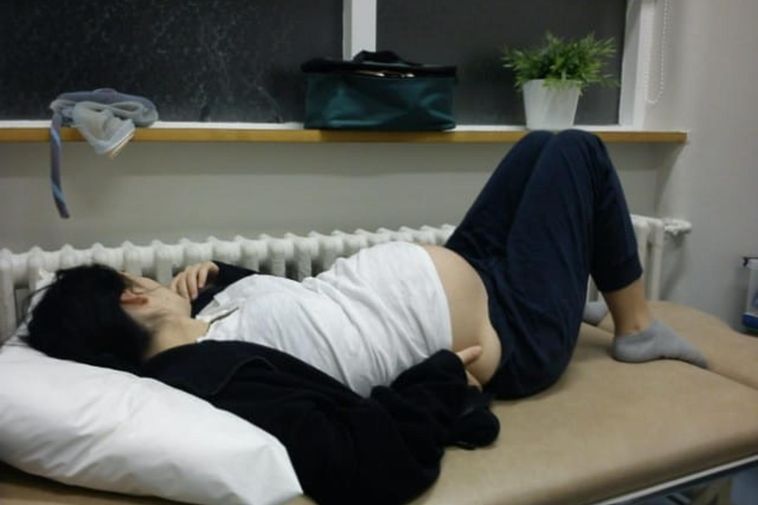 The decision of the Directorate of Immigration to deport a 26-year-old Albanian woman, almost 36 weeks pregnant, from Iceland early yesterday morning has met with heavy criticism.

The Albanian woman arrived in Iceland a month ago with her husband and two-year-old son. After a review of their application, they were deemed not to qualify for asylum. Albania is considered a safe country.

Minister of Justice Áslaug Arna Sigurbjörnsdóttir tells mbl.is she cannot comment on specific cases. She adds that when deportation is believed to involved risk, recommendations are sought from  health officials and decision made about postponing deportation. That, she states, has frequently been done, including cases of pregnancy where the mother is at risk.

“A comment was received from the Directorate of Health after the deportation, and it is obvious that recommendations from health authorities must be clear,” Áslaug adds.

Helga Vala Helgadóttir, MP for the Social Democratic Alliance, tells mbl.is that Icelandic authorities have taken a stricter stance toward asylum seekers recently. She believes that statutory provisions need to be implemented that are not open to interpretation.

“If you look at the immigration law, their goal is to show caution and humanity. People in an espedially delicate situation should not be deported,” she adds. “It is unbelievable that an airline allowed her to board the plane.”

“These procedures are unbelievable, but this is what happened,” Jón Steinar Valdimarsson, MP for the Reform Party stated in Alþingi, the Icelandic parliament, yesterday.  “This must be changed. This kind of conduct must not be repeated. It is disgraceful.”

The woman who was deported had obtained a letter from a doctor at Landspítali yesterday morning, stating that a long flight would prove difficult for her, due to musculoskeletal pain. Police, however, did not heed those warnings, but referred instead to the certificate of a doctor at the Directorate of Immigration, stating she could travel. That certificate was based on information from her visit to another doctor three weeks earlier.

The Albanian family has arrived in Albania after a long journey, mbl.is reports.