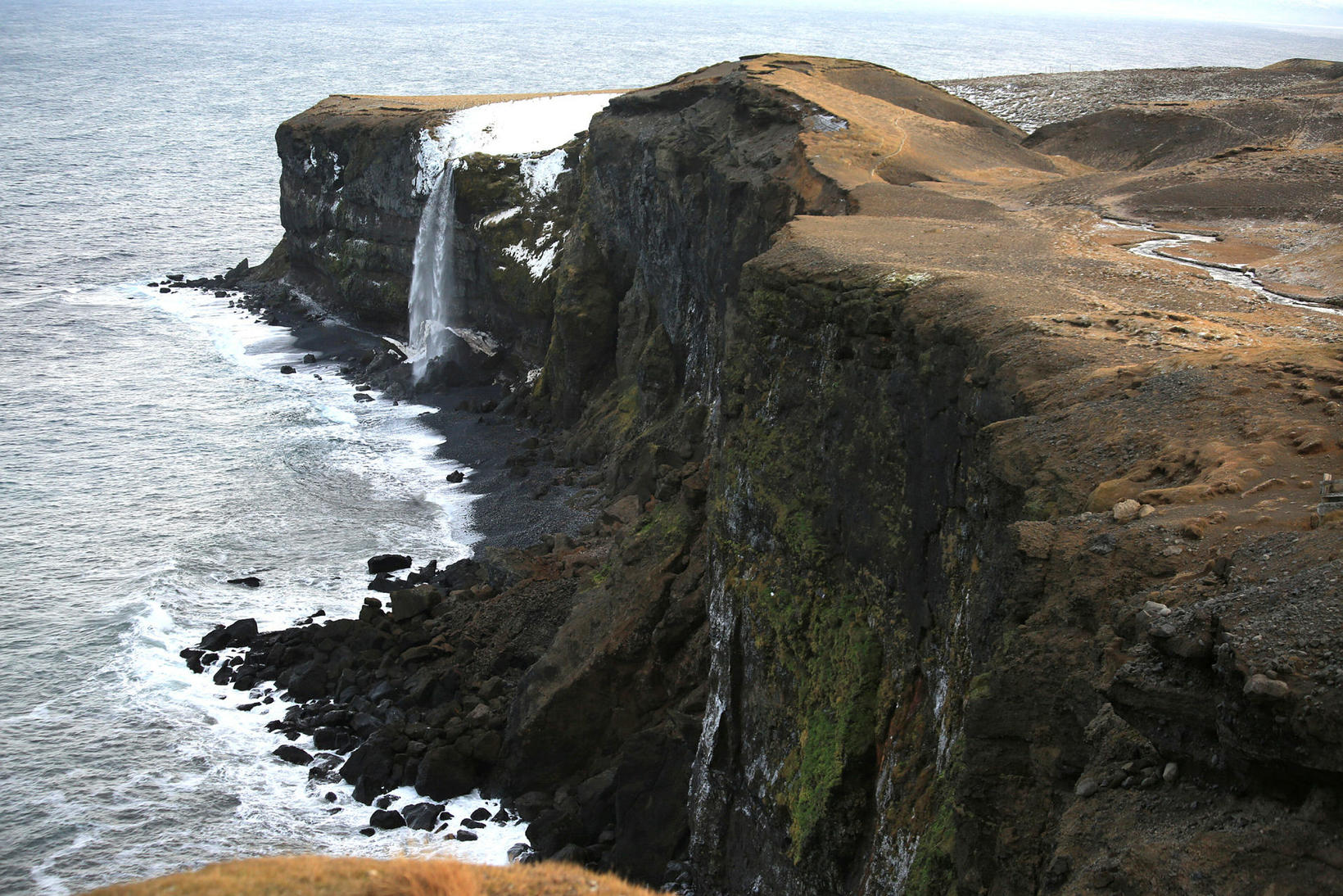 This is what Ketubjörg cliffs look like after the rockslide. You can see the large amount of soil below the cliffs. Photo/Elvar Már Jóhannsson

A rockslide occurred over the weekend in Ketubjörg cliffs on the Skagi peninsula in Northwest Iceland, sending thousands of tons of soil into the ocean.

“I could hardly believe my eyes when I saw this,” Ingólfur Sveinsson told Morgunblaðið last night.

Ketubjörg cliffs are located 40 km (25 mi) north of Sauðárkrókur. Since 2015, a crevice has gradually formed in the cliffs, separating the section that just collapsed from the rest. The crevice began forming after an ice dam formed, allowing water from a creek to seep into the porous palagonite, causing part of it to gradually break off from the rest, creating a free-standing 65-m (213-ft) high cliff. 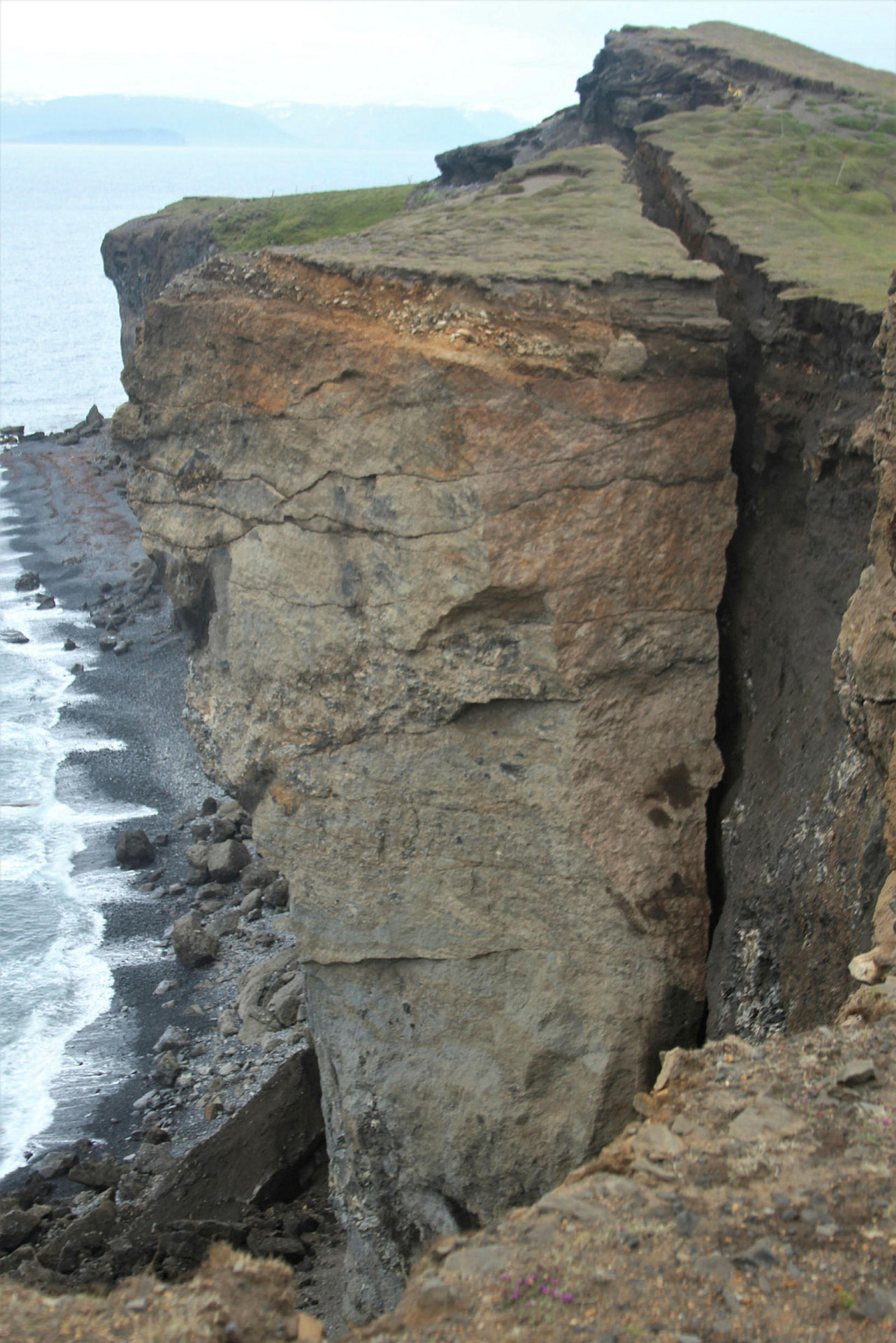 This is the cliff that collapsed. mbl.is/Sigurður Bogi

In the end, the crevice between the cliff and the rest of the rocks had become 3 m (10 ft) wide. After the rockslide, a pile of soil, up to 20-m (66-ft) high, has formed where the cliff once stood. The exact timing of the rockslide is not known, but Ingólfur has been monitoring the cliff since the crevice formed. The cliff was still in place Friday afternoon, but there are indications that the rockslide occurred around noon on Saturday, judging from seismic activity registered at seismographs at a 9-km (6-mi) distance. 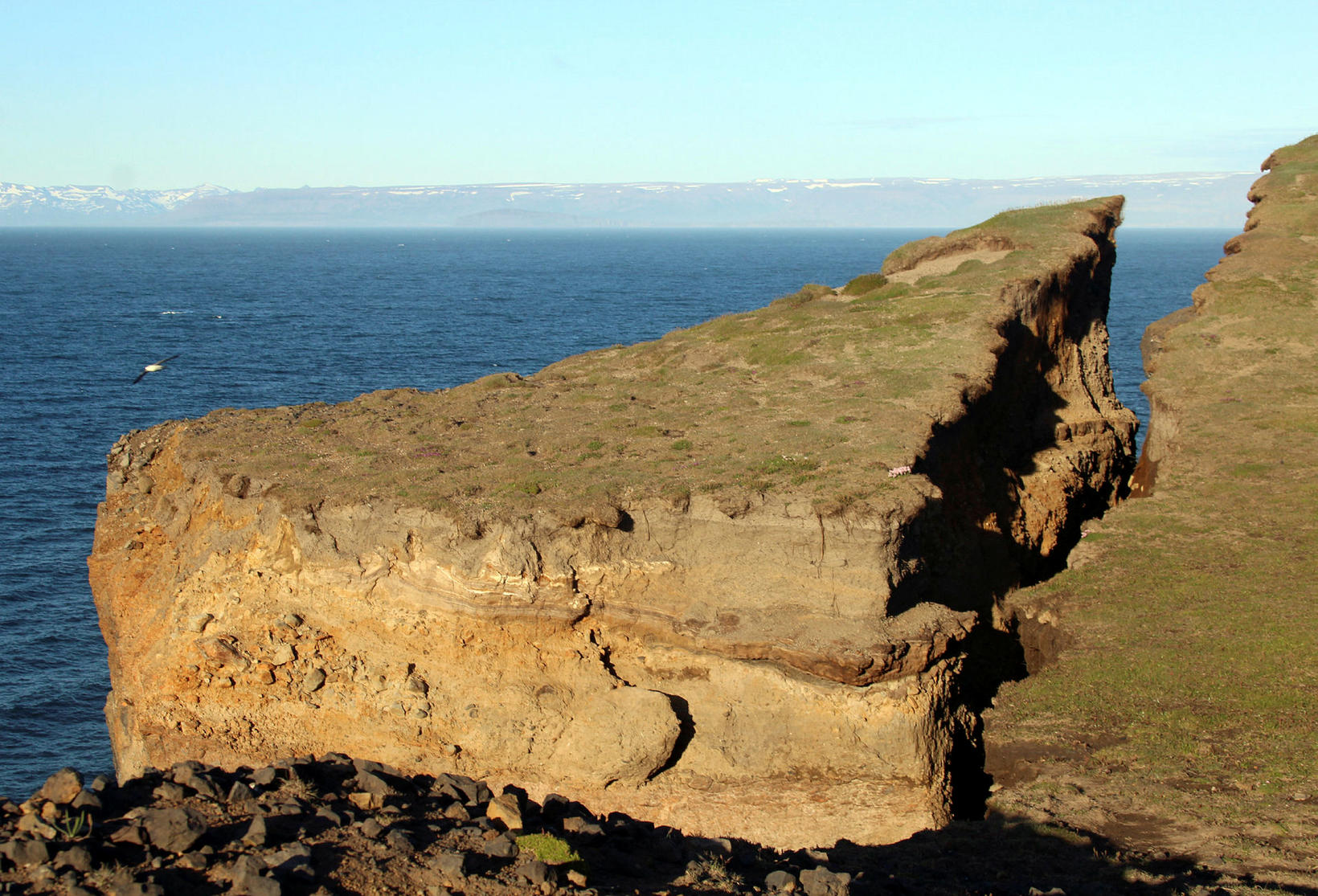 Here you can see how wide the gap between the cliff and the rest of Ketubjörg had become. mbl.is/Sigurður Bogi Sævarsson

Police are monitoring the area. Ingólfur believes the risk of accidents still exists, due to crevices that still remain in the cliffs. 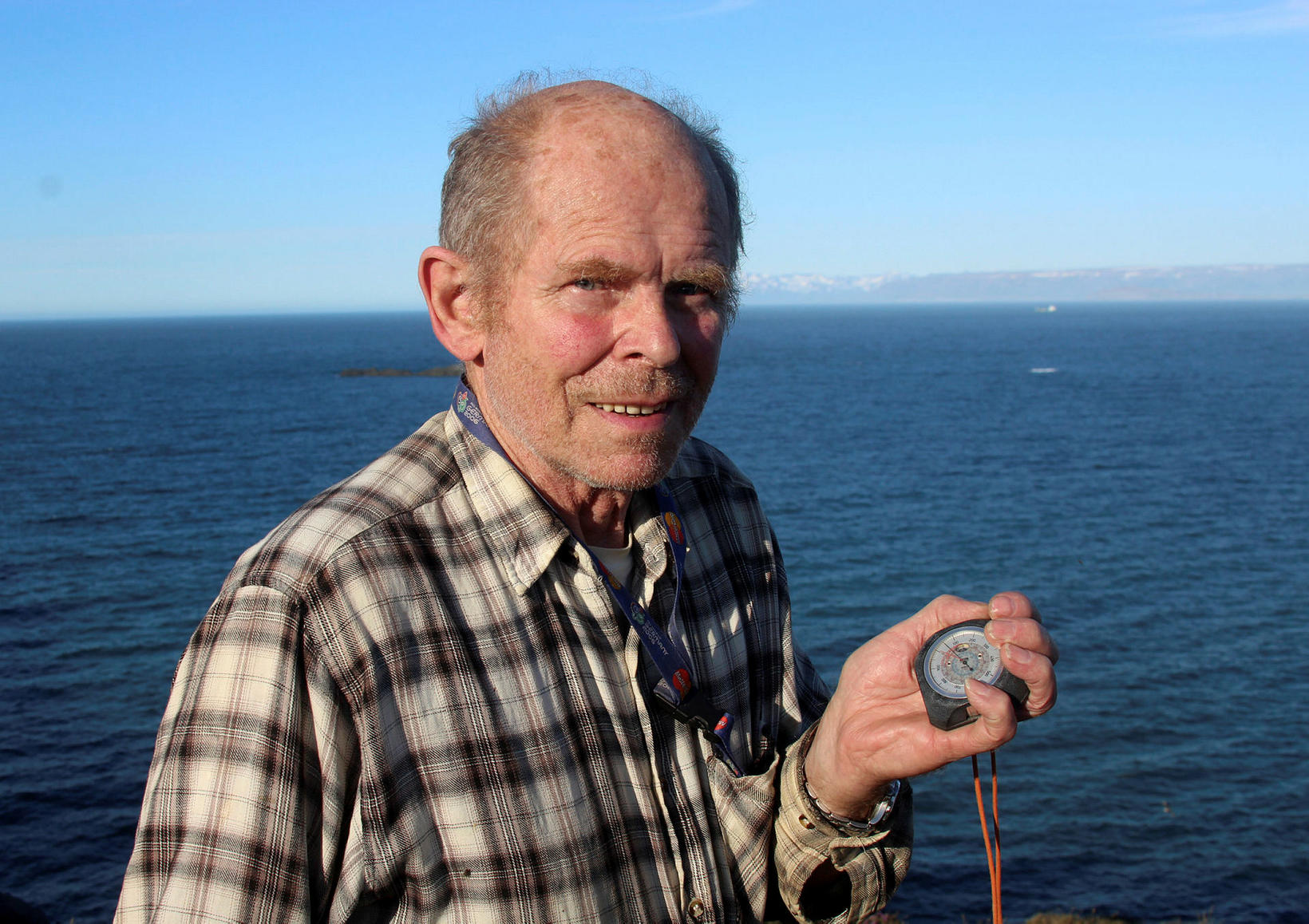 The story has been updated. An earlier version incorrectly referred to the rockslide as landslide.