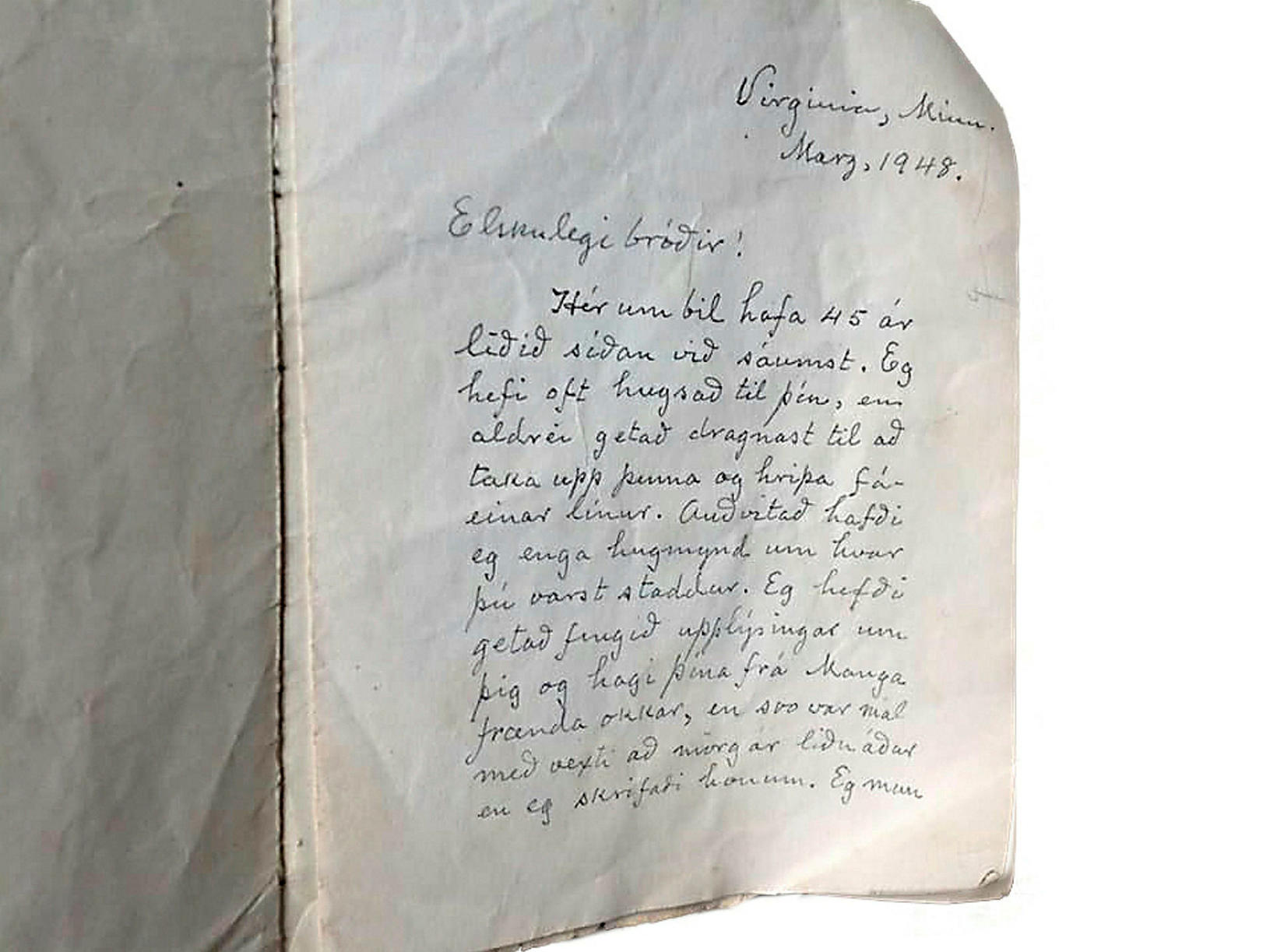 For seven years, Guðrún Dóra Þórudóttir wondered who might have written the letter she found in the attic of her house at Háteigsvegur 20 in Reykjavík, mbl.is reports. The letter, dated in 1948 and signed “Magnús,” is written in Virginia, Minnesota – a town north of Duluth - to Magnús’ brother in Iceland. 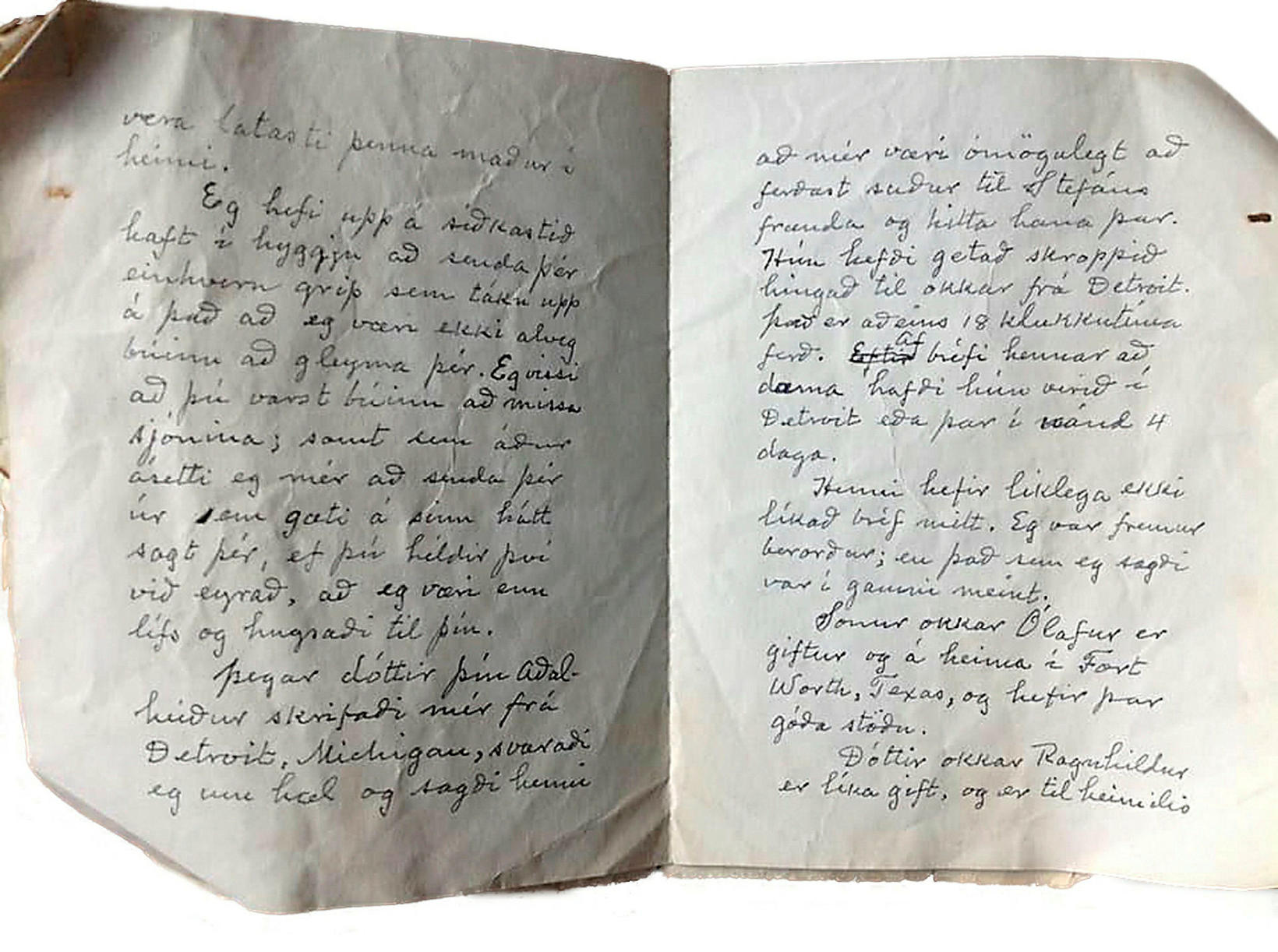 Guðrún knew there was an interesting story behind the letter. All she could tell was that Magnús wrote the letter to his brother, after learning of his blindness. Enclosed in the envelope there appeared to have been a watch – a gift Magnús sent his brother. He realized the watch might not be of much use to his blind brother, but “It could, in a way, tell you, if you hold it up to your ear, that I’m still alive and thinking of you,” he wrote. 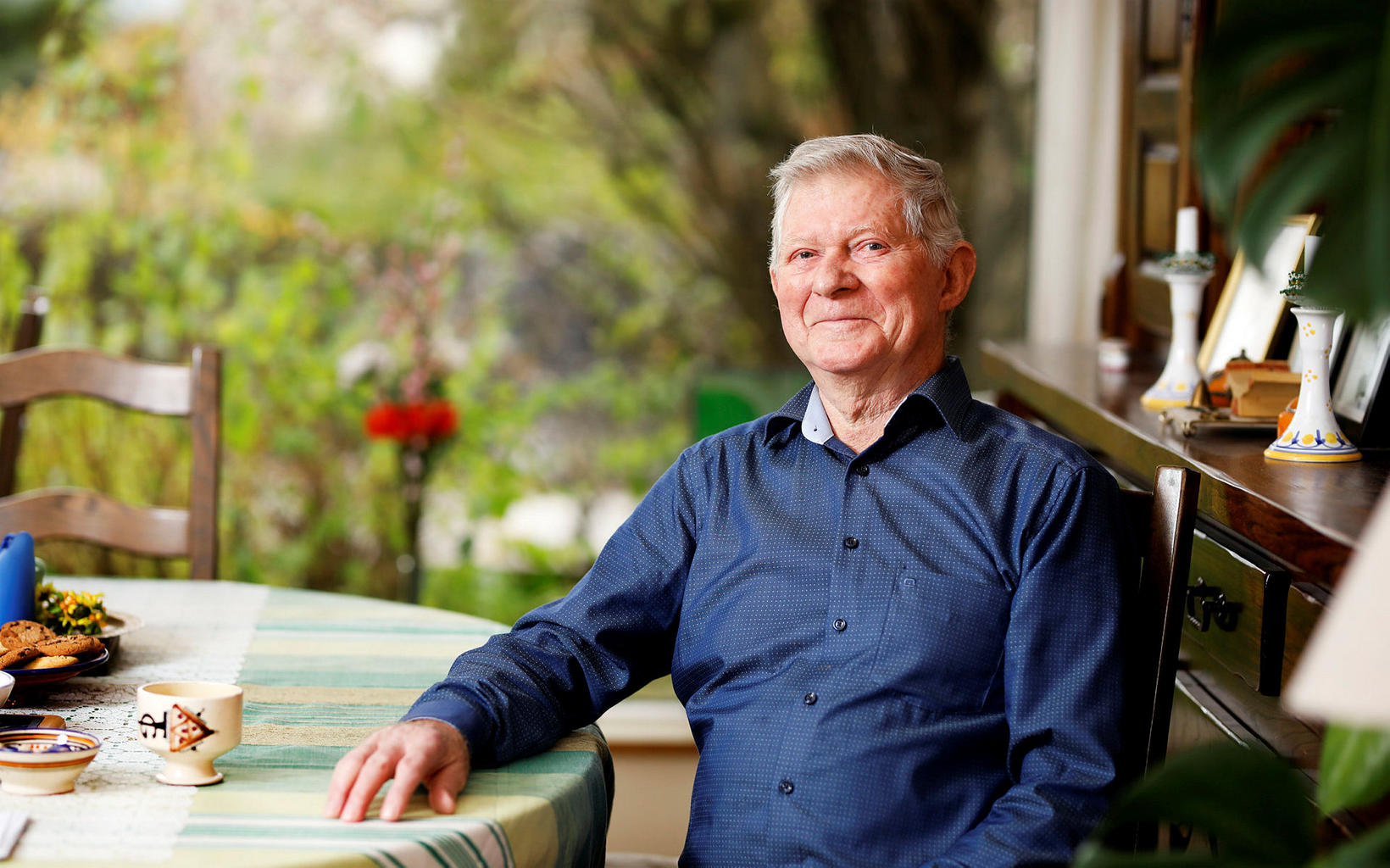 “When it comes to writing, I seem to the world’s laziest man,” Magnús wrote, for he seems not to have contacted his brother for 45 years. Despite that, Guðrún Dóra could tell how much Magnús cared for his brother. She longed to know who the two were. That’s why, a few weeks ago, before delivering the letter to the National Archives of Iceland, she took pictures of it and posted them in a Facebook group, where people post old photos, hoping to get some help solving the mystery. When that failed to work, she posted them in a Facebook group for Icelanders in the US. An article on the subject then appeared on mbl.is . 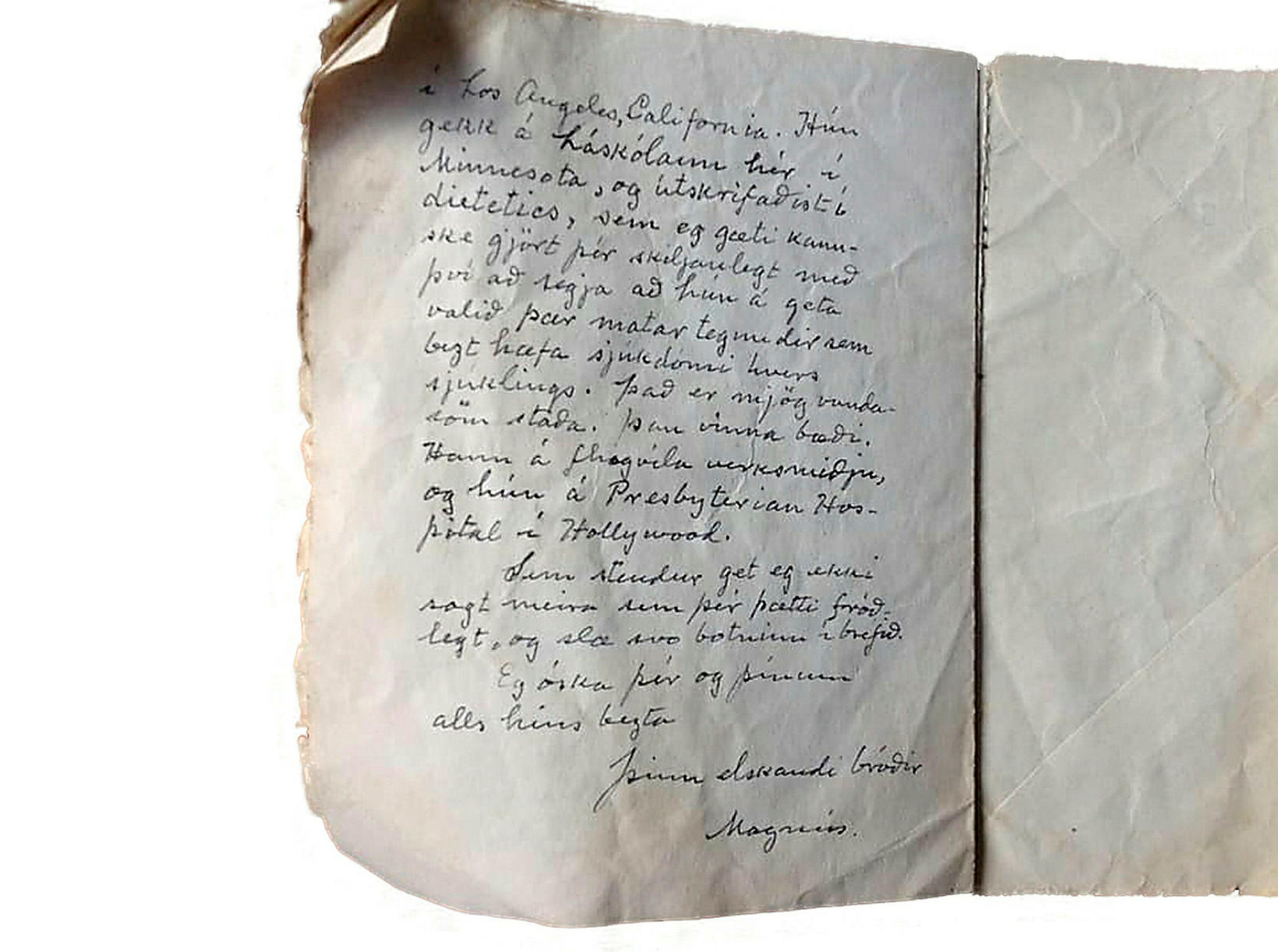 As a result, Sunna Furstenau, who runs the genealogical website Icelandic Roots, contacted Guðrún Dóra. In her database, which includes people in North America of Icelandic descent, she had been able to find out the names of the brothers. They were Magnús and Jón Magnússon.

After reading about the letter on mbl.is , Jón’s relative contacted Guðrún Dóra, who in the end was able to get in touch with Jón Magnússon’s son, Jón.

Jón junior states his father never mentioned he had a brother in America. Jón and Magnús were born 1871 and 1873, respectively. It turns out that from the age of 11, Magnús was brought up by their uncle Eiríkur Magnússon - a librarian in Cambridge. As an adult, Magnús then emigrated to the US.

Finally, Jón junior has found an answer to a 71-year old mystery. “Dad had a quality gold watch, which he carried in his vest pocket. It was a most beautiful watch, but despite asking, I was never told where he got it. Only now do I know where it came from.”

Jón senior passed away in 1950, and the reason the letter was discovered in the attic of Háteigsvegur 20 is that his sister once lived there.

Jón junior is grateful to Guðrún Dóra for having kept the letter. Its content, he states, is one of the very few things he still has from his father. He does, however, not  know why the brothers were out of touch for 45 years, but he sees the watch as a clear sign that they cared for each other.

Guðrún Dóra is delighted to have found a descendant of the letter’s recipient. “To me, this is like a fairy tale. My heart was filled with joy when I realized the mystery had been solved,” she confesses. 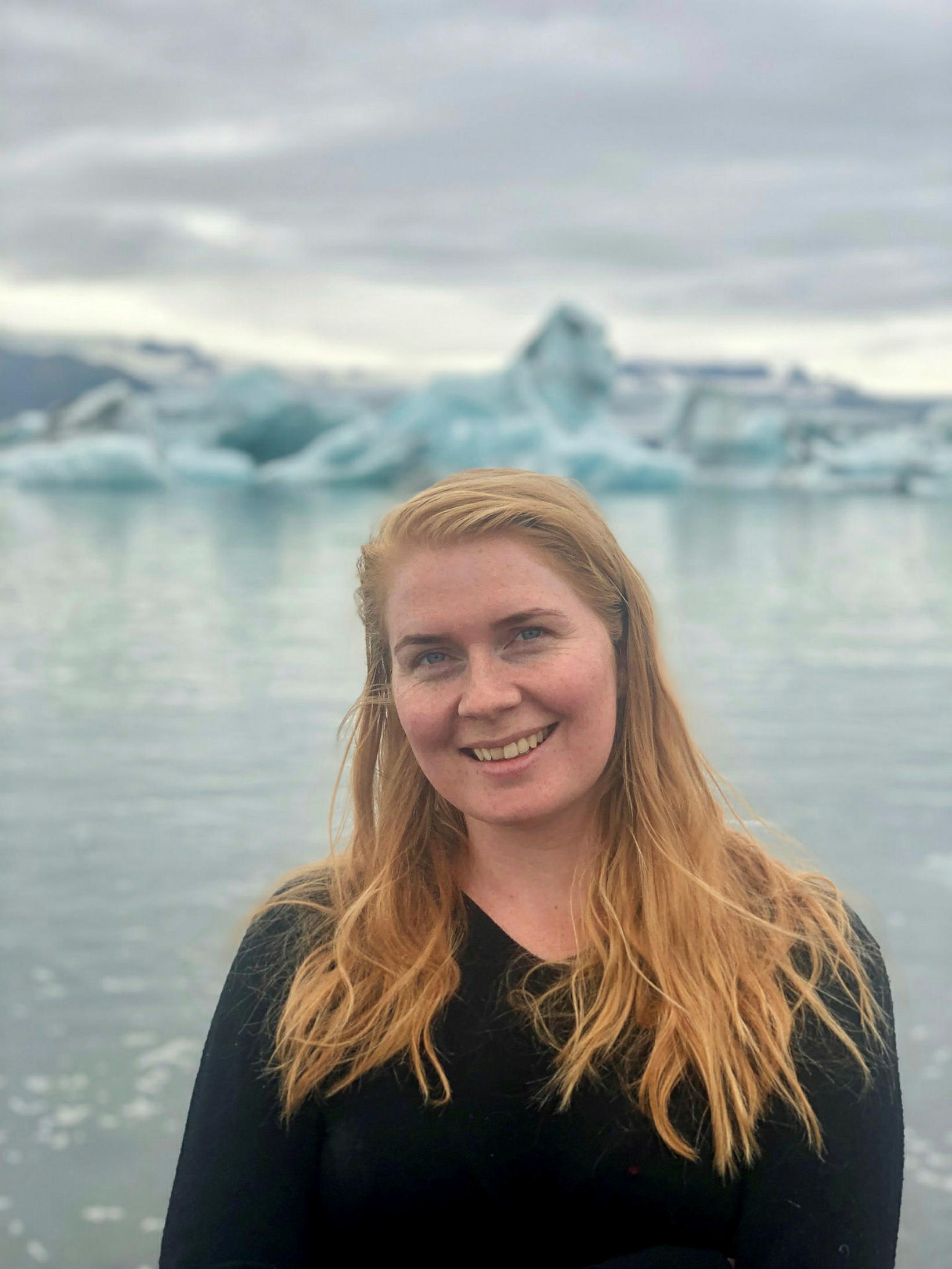