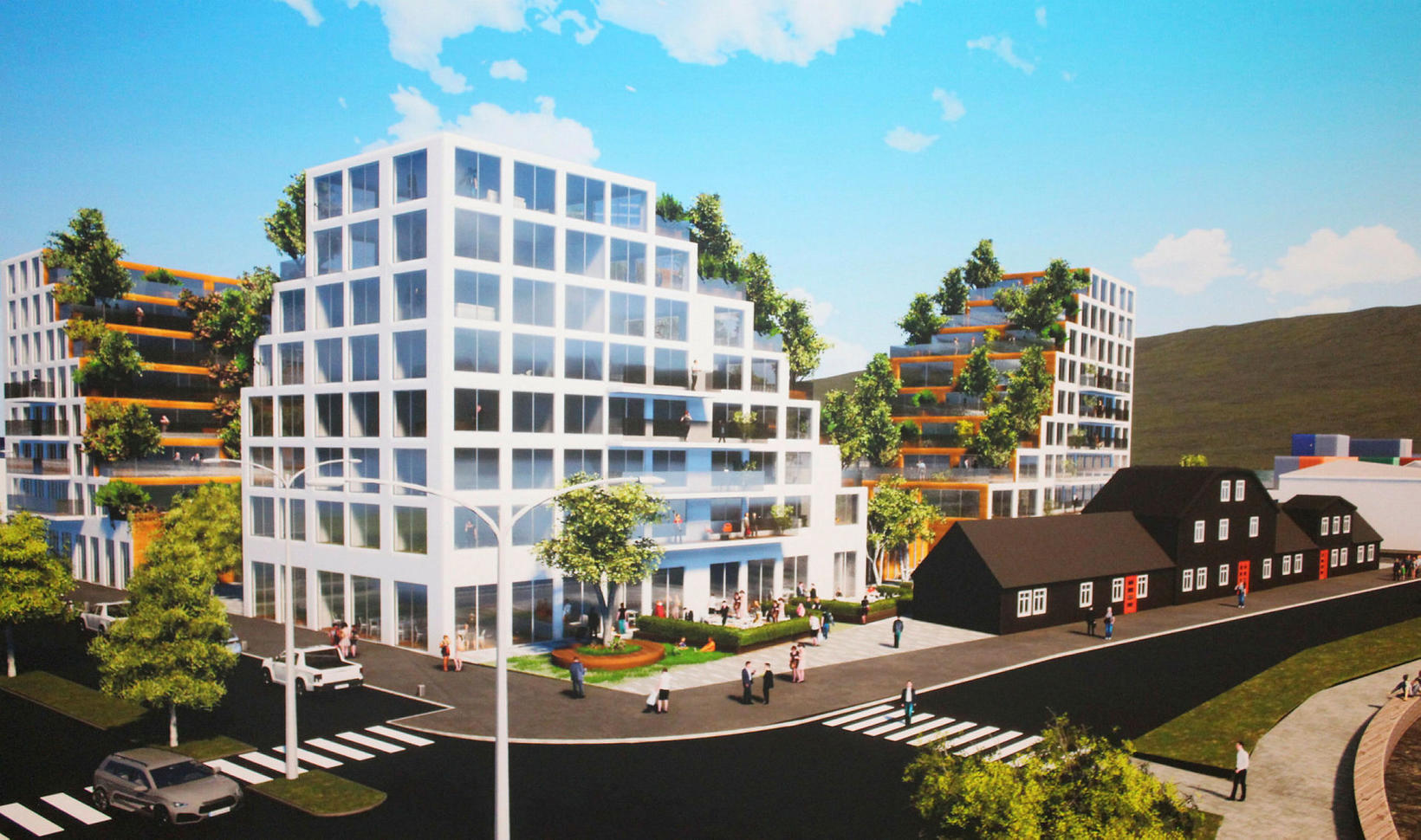 A new general zoning plan for Akureyri, North Iceland, introduced this week, would bring a major change to part of the town, if realized, Morgunblaðið reports.

The plan, dubbed Seglin við Pollinn, or the Sails by Pollurinn (the southernmost part of Eyjafjörður fjord), involves the construction of 100-120 apartments in four buildings on a lot north of a building called Gránufélagshúsið.

The area, now a business and industrial district, would, according to the new plan, be converted into a residential area, with 6 to 11-story apartment buildings, with businesses on the ground floor.

You can see a video of the plan here.

The architecture firm Zeppelin arkitektar has worked on designing the new area. Calling the apartment buildings the Sails refers to the history of the trading company Gránufélagið, which used to be housed in a black building on the lot, still carrying its name. The company owned and operated four ships – three schooners and one whaleboat. The new residential buildings would each symbolize a sail on those ships.

Plans are for the apartment buildings’ walls and roofs to be covered in vegetation, for a more natural look, in addition to a courtyard being planned between them. In the designers’ opinion, the buildings’ location in the vicinity of Hof Cultural Center and the view they would offer of Eyjafjörður fjord are sure to attract buyers.

According to Morgunblaðið, Akureyri residents are divided in their opinions of the new plan.