Residents Rescued from Fire in Reykjavík 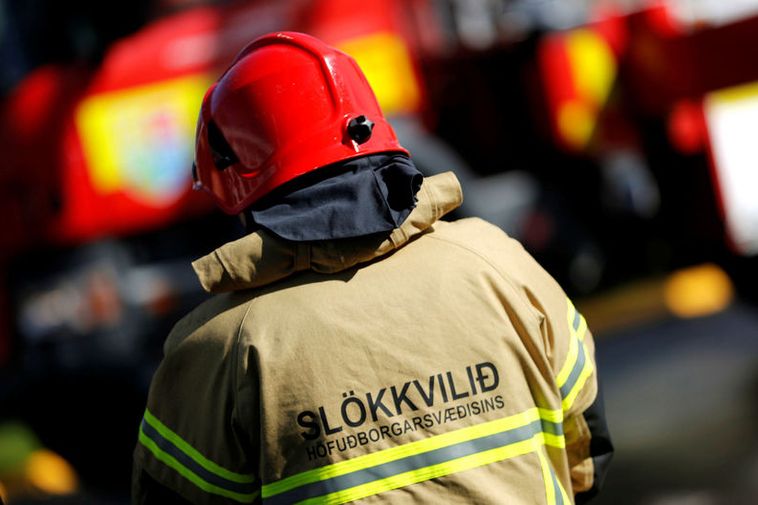 Two men were rescued from a burning basement apartment on Mávahlíð, Reykjavík, between 1 and 2 am this morning.

The quick reaction of a paramedic, who was among the first to the scene, greatly helped the fire-fighting effort, Sergeant Gunnlaugur Jónsson, at the Capital Area Fire Department, tells mbl.is. The paramedic emptied one fire extinguisher and was able to put out much of the fire in the entry of the apartment. That, according to Gunnlaugur, made a decisive difference and facilitated the fire-fighting effort.

All fire-fighting units in the capital area were called out. A great deal of smoke was in the basement when fire fighters came to the scene. Right away, it became clear that residents were trapped inside. Smoke divers, sent into the apartment, were able to rescue two residents through a window. The third resident managed to get out on his own.

All three residents were sent to the Landspítali emergency room. Their condition is not known.

The rest of the apartments in the building were evacuated while fire fighters battled the fire. They completed their work by 4 am, including clearing the house of smoke. At that time, residents were allowed to return to all other apartments, which were not damaged.

The basement apartment is severely damaged, due to fire and water. The cause of the fire is being investigated.