Dog in Search of Money 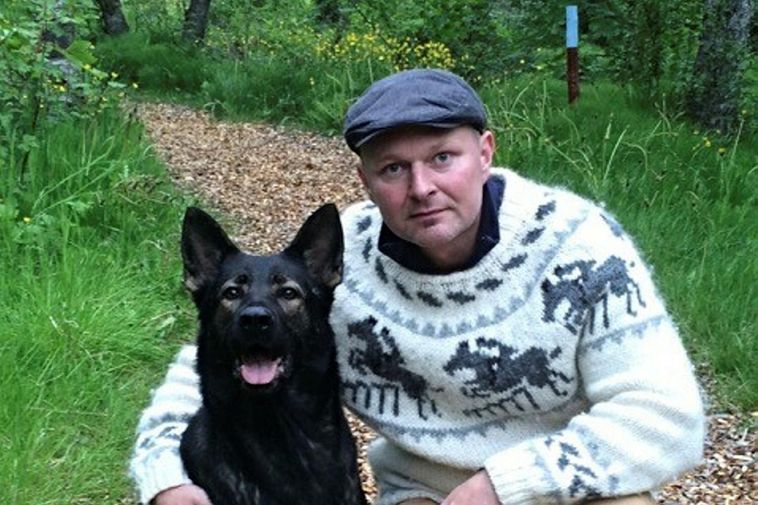 Steinar Gunnarsson in the company of a dog. It is not clear whether the dog pictured is a money expert.
Vala Hafstað
vala@mbl.is

Soon, the Directorate of Customs in Reykjavík will be enjoying the expertise of a Labrador, specially trained to sniff out money. In addition, the dog’s resumé includes the completion of training in sniffing out drugs – and success in that field.

The Directorate of Customs is increasing its monitoring of money laundering, and recruiting dogs is part of that effort.

“The smell of cash is very distinctive,” Steinar tells Morgunblaðið. “We work with our dogs for a few seasons, and the systematic training quickly teaches them where bills are to be found. The bills need to be in wads, meaning that the amounts are high.

Criminal activity often involves cash, frequently carefully hidden amounts, which must be discovered when cases are investigated, and in order to stop organized crime. In such cases, dogs are very useful.”

For many years, Steinar has been involved in the training of police dogs. He states that once a dog has received basic training as a sniffer dog, adding a new smell to detect, such as that of money, is not complicated.

One dog has graduated in money detection and two or three more will start training shortly.

It should be noted that detecting the smell of money has not always required training in Iceland. In the 20th century, the word peningalykt, or smell of money, was frequently used to describe the smell from herring meal factories, which created numerous jobs. That smell was considerably stronger than the smell from wads of bills – strong enough to be easily detected by every human nose.