Will the Goat Survive? 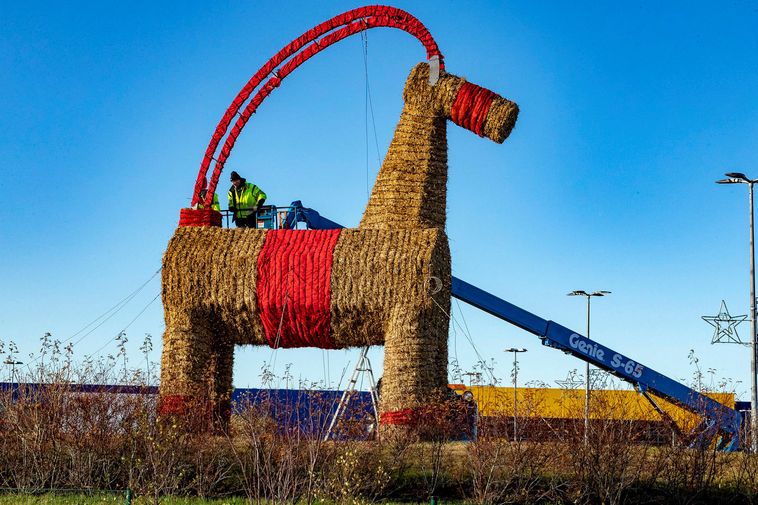 The Swedish IKEA Christmas goat - a reminder that the Christmas season is approaching - was installed in front of IKEA’s store in Garðabær, just south of Reykjavík, yesterday, mbl.is reports. This is the tenth year the goat is installed in Iceland.

Made of straw, the goat weighs between seven and eight tons and is close to 7-m (23-ft) tall. In spite of its large size and strong and build, there is no guarantee it will survive trough Christmas.

Its predecessors have been victims of vandals, who set the immense animal ablaze in 2010, 2012 and 2016. In 2013, an electrical fence was erected around the goat to fend off vandals, and in the past two years, it was monitored by a security team day and night.

In 2015, the goat went up in flames, due to malfunctioning Christmas lights, with which it was decorated. IKEA officials emphasized at the time that the Christmas lights had not been purchased at IKEA.

Icelandic wind has not treated the goat well either, ruthlessly blowing it down in 2011 and 2013 – undeterred even by an electrical fence.