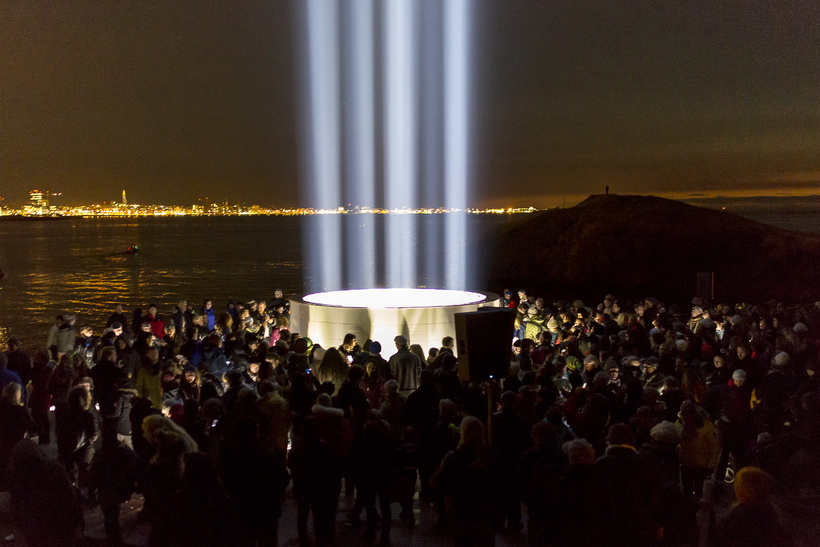 Tonight at 8 pm, on John Lennon’s birthday, the Imagine Peace Tower will be lit for the 13 th time on Viðey island, off the shore of Reykjavík, in his memory, mbl.is reports. He was born in 1940 - 79 years ago.

His widow, Yoko Ono, will not be present, but she offers guests a free boat ride to the island from Skarfabakki wharf between 5:30 pm and 7:30 pm, and a return ride after the ceremony. Free bus rides will be available from Hlemmur bus terminal to Skarfabakki, between 5:15 and 7 pm, and for returning ferry passengers. 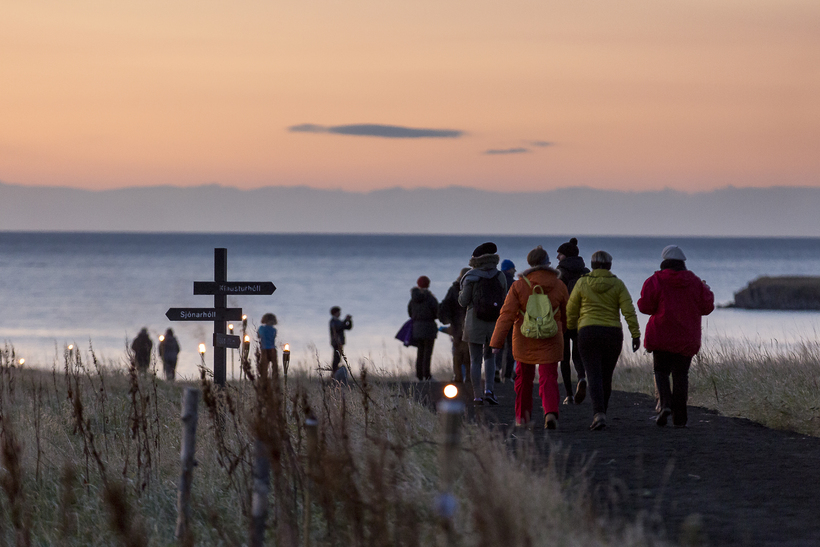 Reykjavík Art Museum, Reykjavík City Museum and others will host a program on the island between 5:45 pm and 9:30 pm. The program starts with a guided tour of the works of Richard Serra, followed by a tour providing historical information about the island. Musical acts include musician Salóme Katrín, the Hamrahlíðarkórinn choir, and musician Teitur Magnússon. President of the Reykjavík City Council Þórdís Lóa Þórhallsdóttir will address guests. As the tower is lit, Lennon’s song “Imagine” has traditionally been played.

The Imagine Peace Tower – an outdoor art work by Yoko Ono – was erected on Viðey island in 2007 in honor of John Lennon’s memory. It is lit every year on October 9, and it illuminates the sky until December 8, the date he was assassinated in 1980. The tower symbolizes Lennon and Ono’s fight for peace. On the tower, the words “Imagine peace” are written in 24 languages.

“I hope you will join us in celebrating the relighting of IMAGINE PEACE TOWER in Iceland, on this website and around the world,” Yoko Ono writes. “Remember, each one of us has the power to change the world.

Power works in mysterious ways. We don’t have to do much. Visualize the domino effect and just start thinking PEACE. Thoughts are infectious. Send it out. The message will circulate faster than you think.”

The story has been corrected. Yoko Ono will not be present tonight.