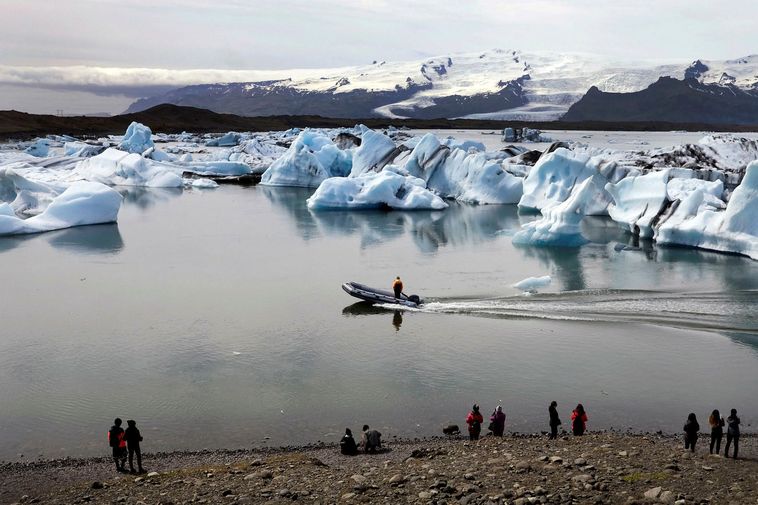 American actor George Clooney is expected to arrive in Iceland this month in connection with the shooting of a film he will direct and in which he is to play the leading role, Morgunblaðið reports. The film, Good Morning, Midnight, is one of two major film projects planned in the coming weeks in the southern part of Vatnajökull National Park.

The other one, Ghost Draft, stars American actor Chris Pratt. Both films are science fiction films.

The number of applications for permits to film in the southern part of the national park has increased dramatically in recent years. This year alone, 63 permits for shooting films and ads have been issued by the national park. Of those, 37 were for filming by Jökulsárlón glacial lagoon, and eight by Fjallsárlón glacial lagoon. Although most projects involve teams of fewer than ten people, the two American films to be shot each include well over 200 people.

Clooney’s film, produced by Netflix, is based on the book Good Morning, Midnight by Lily Brooks-Dalton. Ghost Draft, on the other hand, is produced by Skydance Media and directed by Chris McKay. In addition to Iceland, it will be shot in Atlanta, Georgia, in the US.

Shooting films, TV series and ads near Vatnajökull glacier has long been popular, due to the beauty of the glaciers and easy access to them. The number of applications for permits to use drones in the park has greatly increased in recent years, reaching 87 this year alone.