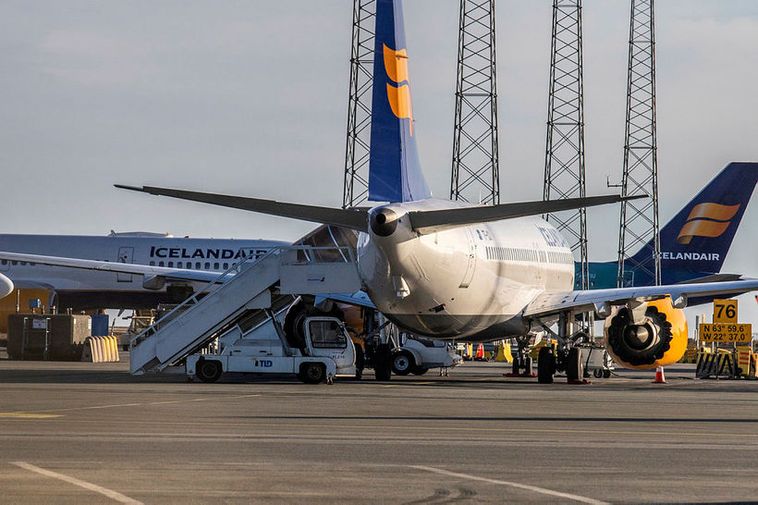 Icelandair’s Boeing 737 MAX 8 aircraft, grounded at Keflavík International Airport since March 12, will be flown to Toulouse, France, this week, where they are to be stored until permission is given to fly them again.

Boeing made the decision in March to ground all its MAX 8 aircraft, following two fatal MAX 8 crashes, in which a total of 346 people lost their lives. The first one involved a Lion Air flight in October of 2018 and the second one an Ethiopian Airlines flight in March this year.

Jens Þórðarson, head of operations at Icelandair, tells mbl.is that rain and salt are not beneficial for the aircraft. Therefore, Icelandair has decided to have them moved to a better climate.

The airline had to obtain permission for the ferry flight from Boeing and aviation authorities in Iceland and in Europe. Obtaining those was a long process. Finally, the Icelandic Transport Authority issued the permit, once European aviation authorities had given a permit with certain conditions, regarding how the jets are flown, at what elevation, how they’re equipped, and how many will be on board.

Icelandair pilots will fly the jets to France, and most likely, only two will be on board. According to Jens, getting pilots to fly the aircraft is not a problem. “They’re all eager to fly the plane,” he remarks. “That’s not a problem. Those who have flown this aircraft have liked it, and they’re eager to take off again. We haven’t experienced anything out of the ordinary in the operation of our aircraft. They appear to be working fine.”

Since the grounding in March, well over a hundred ferry flights of 737 MAX 8 aircraft have been flown, Jens notes.

The grounding of the aircraft has severely affected Icelandair’s operation this year. It has caused the company losses during the second quarter, estimated at USD 50 million.  The airline’s six 737 MAX aircraft were expected to handle 27 percent of this year’s seat capacity for Icelandair.