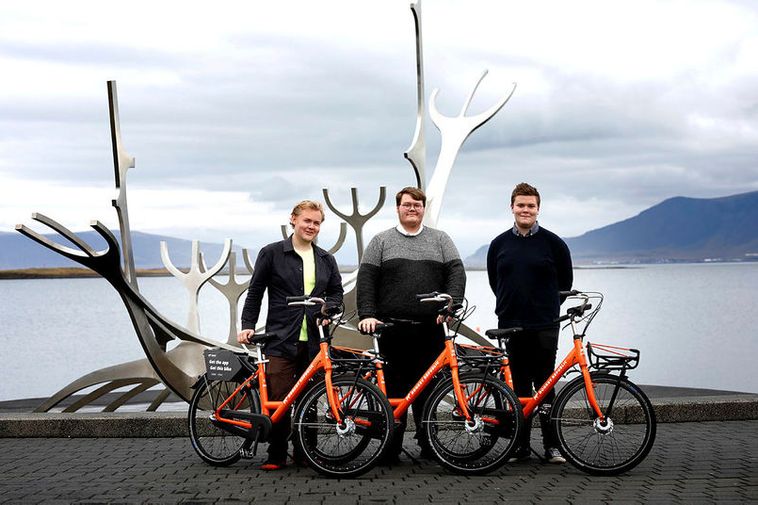 A bike share service, called Framúrskarandi, opened in Reykjavík on Tuesday, Morgunblaðið reports. Through the use of an app, the service will offer individuals access to bikes for transport within the city limits. One hundred bikes will be on offer at 41 locations – in western Reykjavík and in zip codes 101, 102 and 105.

Unlike the WOW Air bike rental, which no longer operates, Framúrskarandi is designed for local residents instead of being exclusively for tourists. Besides, the bike racks will be smaller than those of WOW, more numerous and spread out.

Representatives of Framúrskarandi are the winners of a Reykjavík City competition for a bike share service, and their service will be operated with support from the city. It is part of Reykjavík’s goal to increase environmentally friendly public transportation.

“To us, solutions such as bikes and electric scooters are the future in public transportation,” states Eyþór Máni Stefánsson, 21, director of Framúrskarandi. Aside from him, two other young men are behind the bike share: Kormákur Atli Unnþórsson and Pétur Magnús Pétursson.

Eyþór describes the bike share as a good option for people who live centrally and want to get by without owning a car. “Using this is more economical. For the locals, we offer a bike for ISK 3,500 (USD 28; EUR 25) a month, maintenance free. You don’t have to worry about the bike getting stolen, and you only have to lock it at our stations.”

The service will be available year-round, and the bikes will have studded tires in the wintertime when roads are icy. The bike share system to be used by Framúrskarandi is Danish and owned by Donkey Republic, which operates in more than 50 cities abroad.

Strætó Cancels Many Buses, Due to Weather