Plans for Tintin Statue in Akureyri 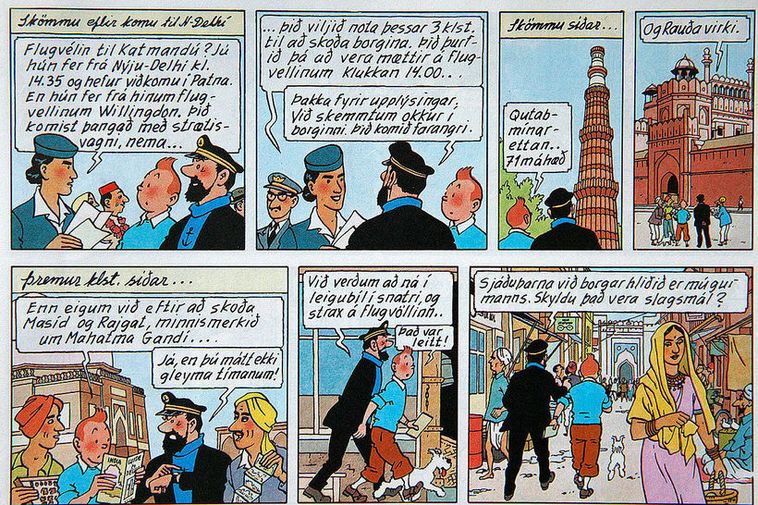 There are plans to install a statue of cartoon character Tintin by Akureyri harbor. He is the creation of Belgian cartoonist Hergé, famous for his comic books The Adventures of Tintin.

Þórgnýr Dýrfjörð, manager of Akureyrarstofa, the town’s culture, marketing and tourism office, tells Morgunblaðið the idea is not new. Unsuccessful attempts were made earlier, he explains, to obtain approval from Hervé licensees in Belgium. This time around, though, communication with the licensees is going better, making Þórgnýr optimistic that Tintin will be installed by the harbor as soon as the look of the statue and its cost are clear.

Þórgnýr explains that the reason for Akureyri’s interest in Tintin is the tenth volume of The Adventures of Tintin,  called The Shooting Star (the original title: L’Étoile mystérieuse), serialized in the Belgian newspaper Le Soir, 1941-1942. The story tells of Belgian reporter Tintin, who travels with his dog Snowy and friend Captain Haddock on a scientific expedition to the Arctic Ocean on an international race to find a meteorite that has fallen to the Earth.

During their travels, they stop in Akureyri to refuel, before sailing to Greenland. They have a meal in Akureyri, but Captain Haddock has, when the story takes place, quit drinking.  It is believed that his trip to Akureyri proved a difficult test, for he is quoted as describing the sparkling water in Akureyri as unique. Very unique indeed, for the glass of sparkling water is said to have contained mostly gin, mixed with a bit of sparkling water.