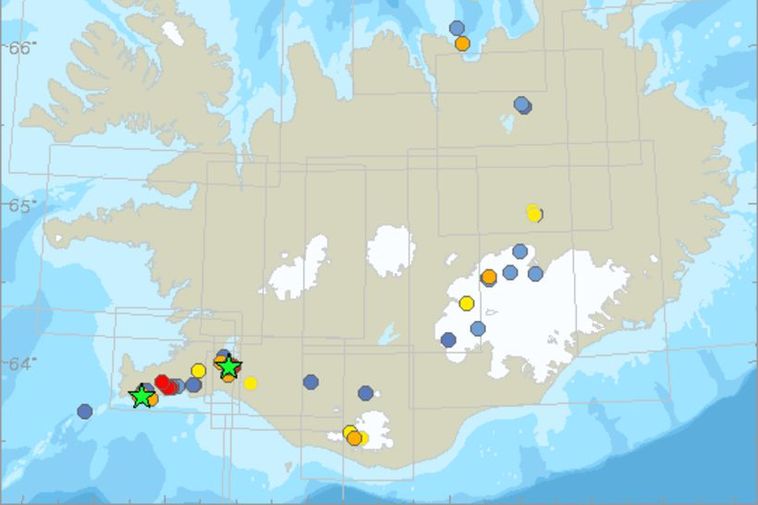 The green stars denote a quake of magnitude 3 or more. The dots indicate tremors, color-coded, according to how long ago they occurred. Map/The Icelandic Met Office
Vala Hafstað
vala@mbl.is

An earthquake of magnitude 3.4 was detected at 6:06 this morning, about 3 km (1.9 miles) northeast of Grindavík, Southwest Iceland, mbl.is reports. Its source was at a depth of 3 km.

The quake was followed by a few smaller aftershocks. Then, shortly before 10 am, a tremor of 3.0 was reported near Hveragerði, also in Southwest Iceland. Its source was at a depth of 5.5 km (3.4 mi). This one, too, was followed by several small tremors.