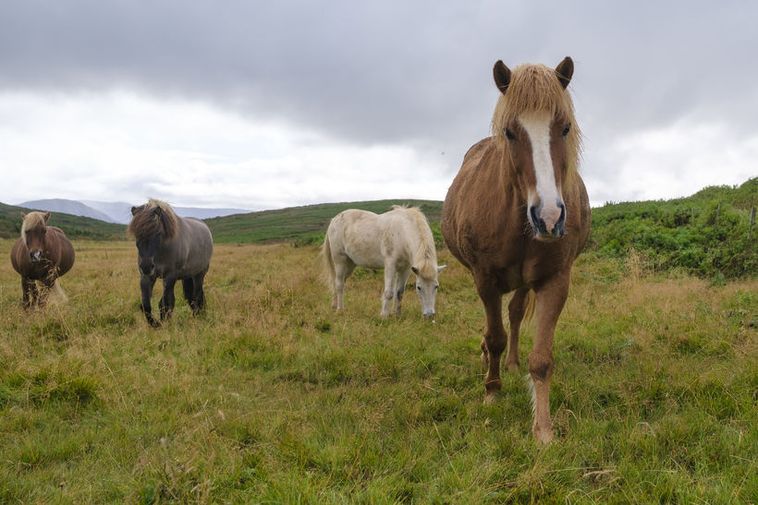 The export value of Icelandic horses amounted to ISK 10 billion (USD 79 million; EUR 72 million) during the past decade and ISK 10.9 billion 2007-2019, Morgunblaðið reports.

Purebred horses for breeding make up the bulk of the export value, or 73 percent, while 24 percent comes from the sale of riding horses, according to Statistics Iceland.

The 2018 annual report from MAST, the Icelandic Food and Veterinary Authority, reveals that the number of exported horses that year was slightly lower than the previous one, or 1,351, compared with 1,485 in 2017. In 2018, horses were exported to 20 countries, compared with 17 in 2017.

Most frequently, the horses are flown to Liege, Belgium, and transported from there to various European countries. In 2018, most of them were exported to Germany, or 535, followed by 191 that were sold to Sweden, 157 to Denmark, and 100 to Switzerland. With the exception of last year, the number of exported horses has been gradually increasing since 2010.

Horse exporter Gunnar Arnarsson states that what has changed in the past decade is that numerous horses used to be purchased at once for riding schools, horse rentals, or for parties that were in the business of selling horses, whereas now, it’s more common to have buyers come looking for that one horse.

The value of the Icelandic horse has remained similar throughout the years. The most valuable ones are good breeding horses or good competition horses. “The price can be anywhere from hundreds of thousands of krónur to several million,” Gunnar states.