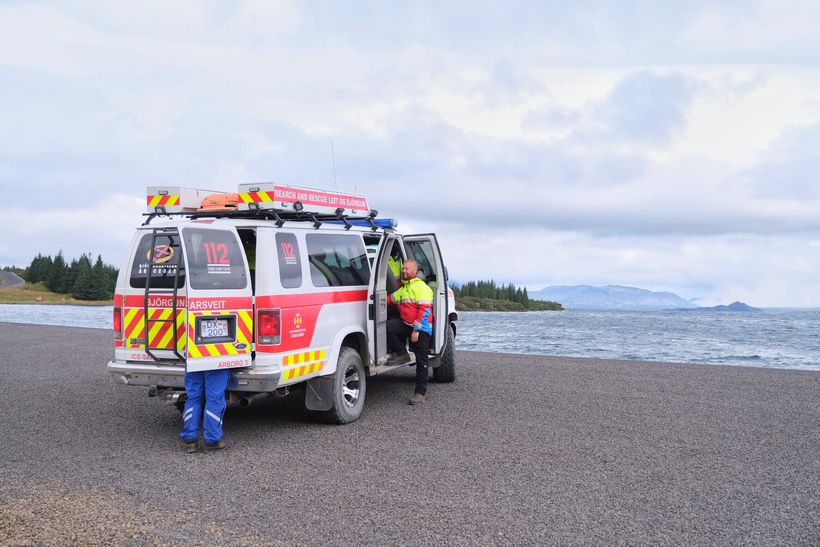 Rescue workers on the shore of Þingvallavatn lake. mbl.is/Kristinn Magnússon

The South Iceland Police has just announced that search for a tourist, believed to have fallen into Þingvallavatn lake on Saturday, has been temporarily suspended. The situation will be reevaluated tomorrow morning. Divers are looking into the possibility of diving near an electric power plant on the lake. Þingvallavatn is the largest lake in Iceland. Search teams covered the whole lake and its shores in vain over the weekend.

The missing man is a Begian tourist in his early 40s, whose kayak was found drifting on the south side of Þingvallavatn lake, Southwest Iceland, Saturday afternoon. His family has been contacted, mbl.is reports.

The man had stayed overnight at a campground on the north side of the lake the previous night and had asked park rangers for information. He is believed to have been traveling alone and is thought to have fallen from the kayak into the water. 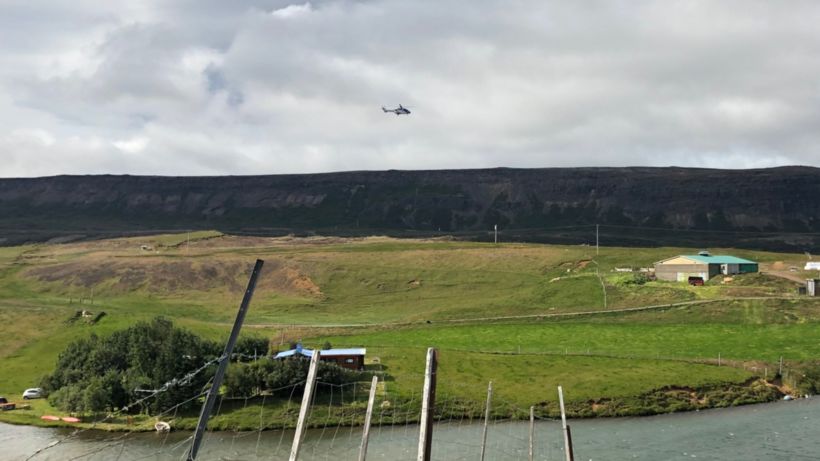 The National Coast Guard helicopter, hovering over the lake. mbl.is/Auðun

The search for the man began between 3 pm and 4 pm  on Saturday. Seventy people from the South Iceland Police and from rescue teams in Árnessýsla county took part in the search that day, which was conducted on and around Þingvallavatn lake, after an object was reported to be floating on the lake’s south side. 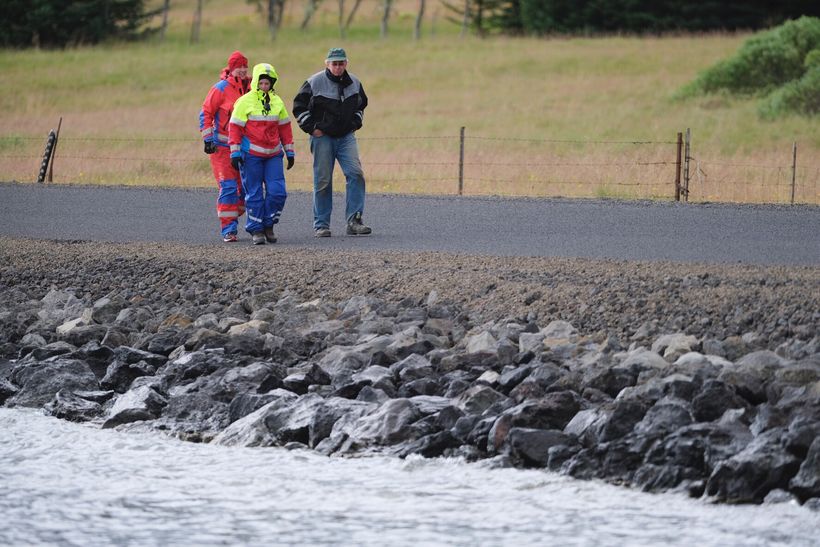 Searching along the shore. mbl.is/Kristinn Magnússon

An Icelandic Coast Guard helicopter was called out, and its crew discovered that the floating object was a deserted kayak. A backpack, including an ID, was found floating by the kayak. In addition to the helicopter, boats were used in the search, as was a search dog. The search continued yesterday.

There were strong northerly winds in the area on Saturday and conditions remain windy today.