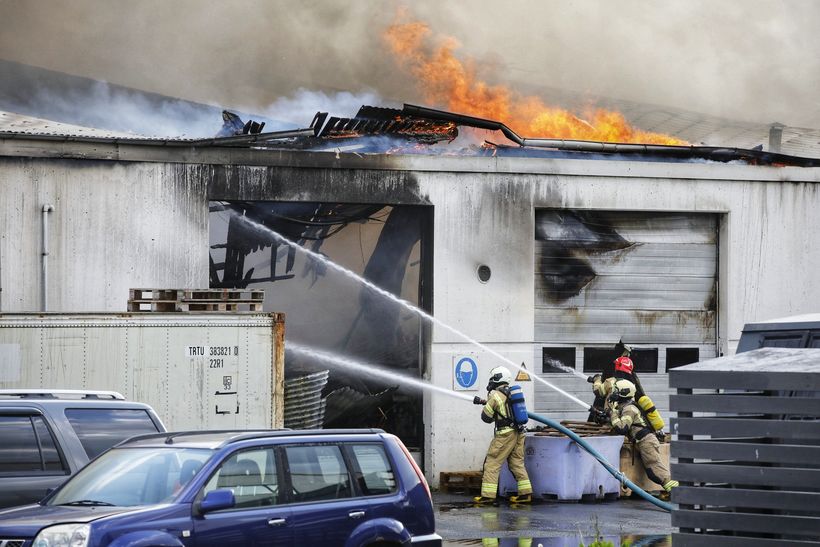 Capital area fire fighters are still battling a fire that was reported shortly after 3 am in Hafnarfjörður, just south of Reykjavík, in an industrial building near the harbor.

Black smoke rises from the building, and residents in the area have been advised to keep their windows closed. Street closures are in effect around the building, preventing many people from getting to work this morning. 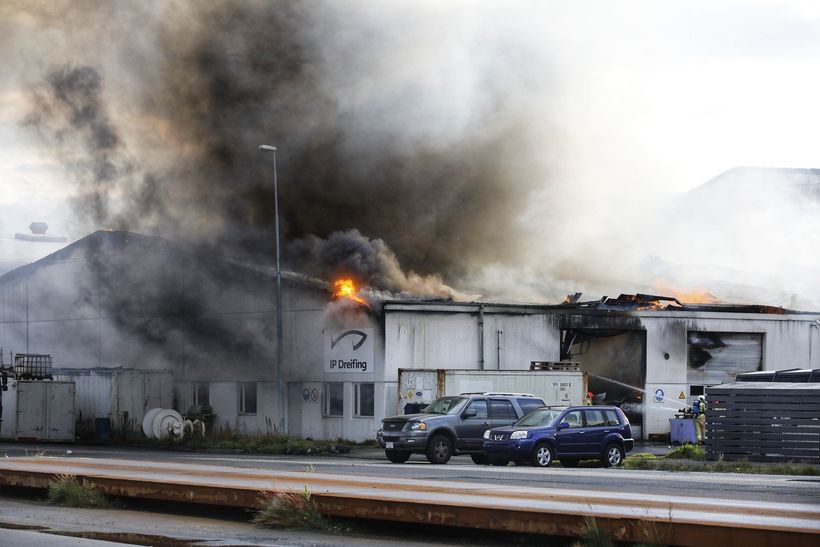 No one is believed to have been inside the building when the fire erupted. Nearby residential houses and buildings have been evacuated with the aid of police. First reports indicated that the fire erupted in the part of the building that houses Fiskmarkaður Suðurnesja (Suðurnes Fish Market), but, according to mbl.is , the fish market is in the part that fire fighters are attempting to protect. Two other businesses have operations in the building: IP dreifing, a fish processing company, and IC Core, a wholesaler of fish products. 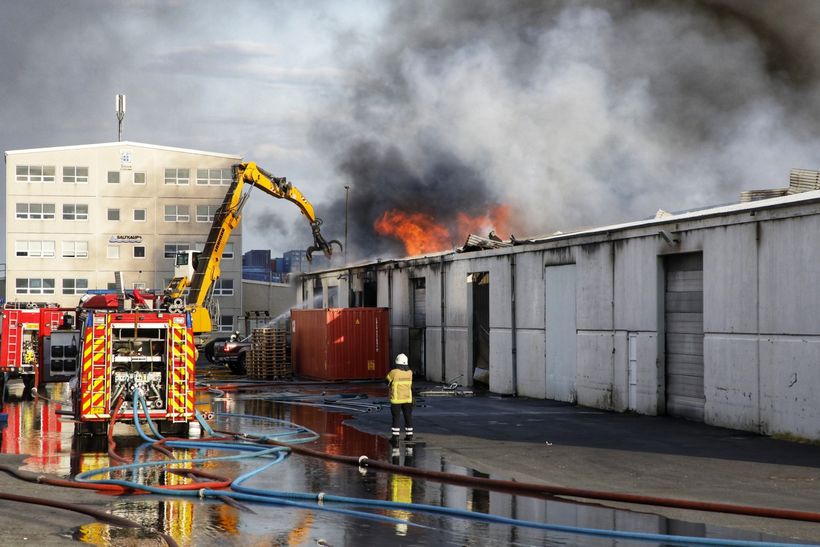 “There was a big fire in one part of the building,” Birgir Finnson, who directs the fire-fighting operation, tells RÚV . “We sent out notices, both by text messages in the neighborhood and to the media, telling people to close windows and to beware of the smoke. There are businesses, which haven’t been able to begin full operation, because there is risk of smoke getting inside. The smoke is very toxic, and one should not be around it.”

“This is still burning and there is much heat in it, still,” fire fighter Sigurjón Hendriksson tells mbl.is . 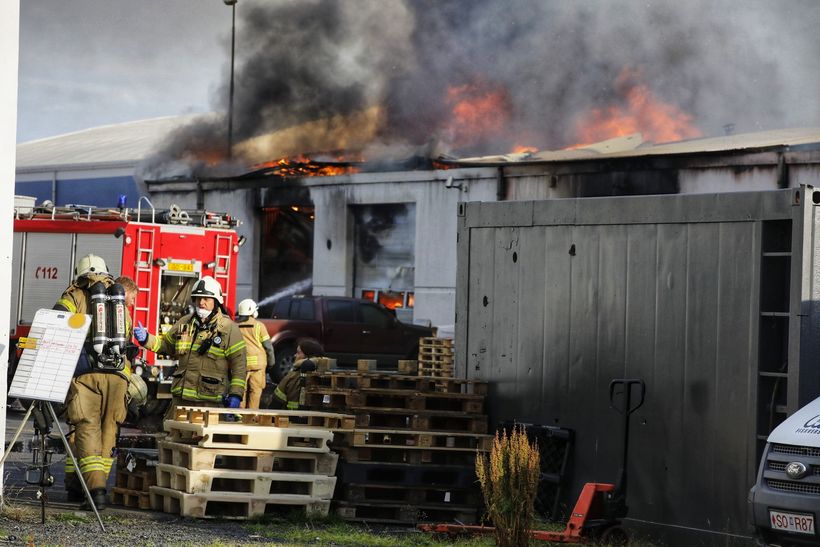 Fire fighters expect their work to continue into the afternoon. All available fire fighters in the capital area were called out to fight the fire, as were those from Árnessýsla county and from Suðurnes.

They managed to tear the roof to decrease pressure, but the main emphasis has been on preventing the fire from spreading to the other half of the 4,000-sq-m (sq ft) building.

“The smoke reaching the area was heavy enough that we saw reason to evacuate nearby houses,” Sigurjón remarks. He states the building contains a great deal of food for fire, including plastic tubs.