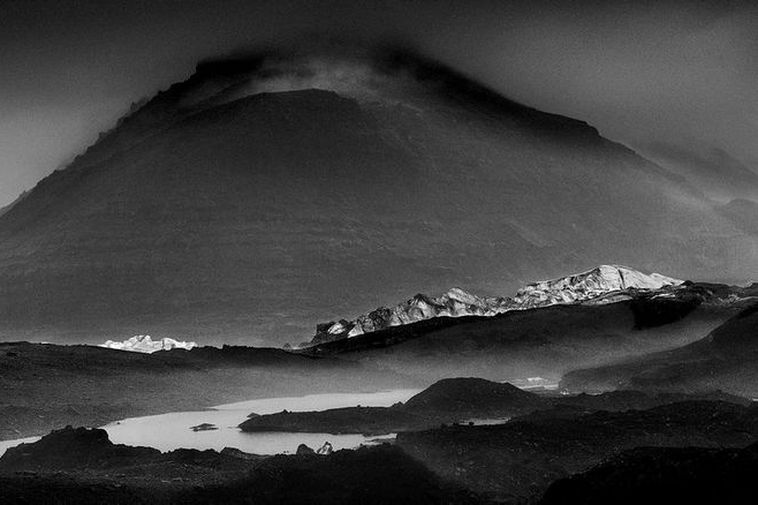 Glaciers on the south side of Vatnajökull "dig their own graves." mbl.is/RAX
Vala Hafstað
vala@mbl.is

“Almost all glaciers being monitored in Iceland are retreating, and this is their response to a warming climate,” Hrafnhildur Hannesdóttir, glaciologist at the Icelandic Met Office, tells Morgunblaðið.

The way in which glaciers move and retreat has changed substantially, she explains. In front of most of the termini of South Vatnajökull glacier, lagoons have formed, which expedite the retreat and melting of glaciers.

“The glaciers have indeed dug their own grave,” she laments, “for the bottom underneath them reaches up to 300 m (984 ft) below sea level. They have dug huge basins, which in turn form these lagoons.”

Since 1932, the terminus of Svínafellsjökull has been measured by volunteers of Iceland Glaciological Society.

The retreat of glaciers is a reason for concern, states Hrafnhildur.

“There is a long crevice in the rock face of Svínafellsheiði mountain, beyond Svínafellsjökull glacier, and organized tours on the glacier have been canceled during an uncertainty phase regarding the risk of an imminent rockslide,” she explains.

“The melting of glaciers is one of the most visible examples in Iceland of the effects of a warming climate – a huge problem which the nations of the world must address,” Hrafnhildur emphasizes.