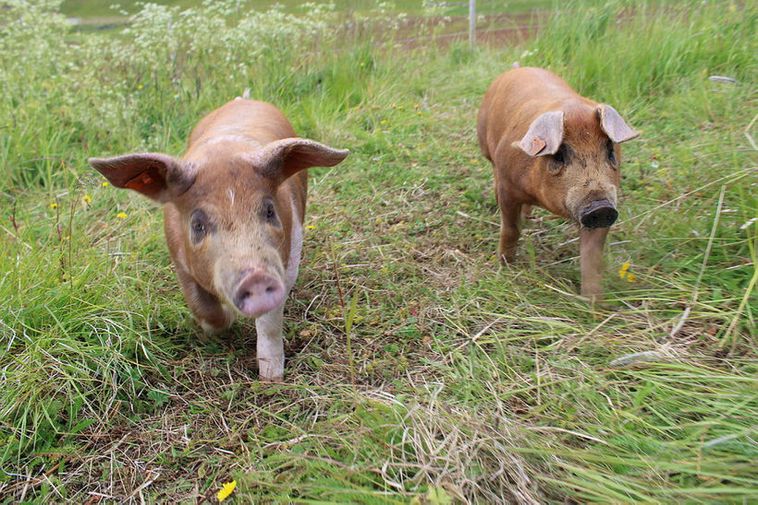 Jón Páll Hreinsson, the mayor of Bolungarvík, the West Fjords, can declare victory. The war on chervil has been won. The battle began seven years ago, when a Facebook group was created with the aim of defeating this invasive plant.

“Because chervil is an invasive plant, it makes the vegetation homogenous, which we, the residents of Bolungarvík, don’t find desireable,” Jón Páll tells Morgunblaðið. “This began by people posting before and after pictures of their yards and of ditches, which were full of chervil and then, a couple of hours later, all the chervil was gone. Those went viral, if you can use the word viral in a community of a thousand people.”

In many ways, this has created a good atmosphere, Páll states, because it has removed barriers between people. People have entered a neighbor’s yard, when he or she is away from home, cleared it of weeds and posted a picture.

Important fighters in this war are two sows, Gná and Glóð, brought in to assist with the project. “They are media stars in Bolugarvík, and pictures of them are the most shared photos on social media in town,” states Jón Páll. They are frequently visited by fans.

“The great thing is that all the chervil is gone. That has never happened before,” states the mayor. “I’m proud of the residents who launched this initiative in Bolungarvík, and I’m proud of the community, which has shown what can be done when people work together.”