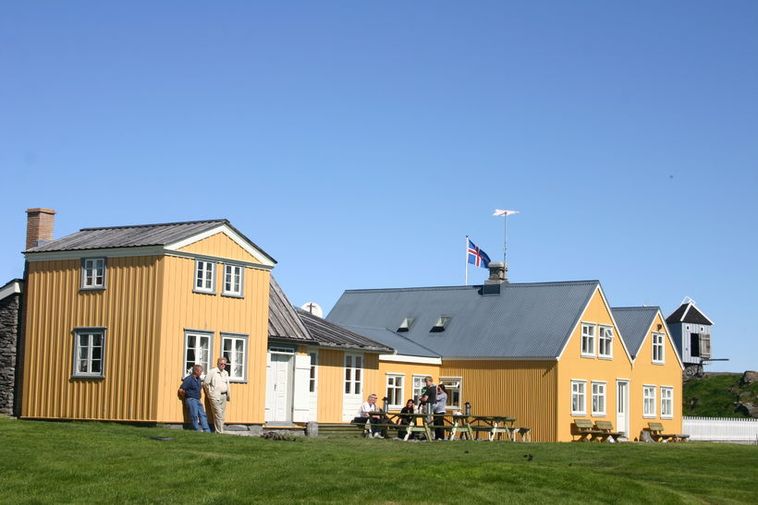 It should become clear next week whether the island Vigur in Ísafjarðardjúp, the West Fjords, will be sold. The 45-hectare island was listed for sale in early June of last year. Morgunblaðið reports that a potential buyer is a foreign national, residing in Europe, but no further information is available.

The said individual recently placed an offer on the island, the list price of which is ISK 330 million (USD 2.6 million; EUR 2.3 million). Davíð Ólafsson, real estate agent for the real estate agency Borg in Reykjavík states that formalities and contingencies are being worked on. “Final details and paperwork are often time-consuming and complicated,” he explains, but declines to reveal the nationality of the interested buyer.

For centuries, there has been farming in Vigur, oftentimes dubbed the Pearl of Ísafjarðardjúp, and the same family has lived there for a long time. The 45-hectare (111-acre) island has become increasingly popular as a tourist destination and is visited by about 10,000 people a year.

In addition to having beautiful buildings, the island has an important cultural history. Vigur has open access to all, but whether that will change with new ownership remains to be seen.

“The potential purchase of Vigur in Ísafjarðardjúp by a foreign party is a reason for concern,” Halla Signý Kristjánsdóttir, MP for the Progressive Party in the northwest voting district, tells Morgunblaðið.

When the island was first listed for sale last year, she suggested the Icelandic State should purchase the land, due to its cultural and historical value for the West Fjords. The idea received limited interest, but was discussed among local district officials. In a resolution last winter, the Ísafjörður town council encouraged government officials to purchase the island to ensure access to it.

Halla states that municipalities in the northern part of the West Fjords have contemplated purchasing the island. “Whether they are competing with wealthy individuals from abroad, I don’t know,” she remarks. “Ideally, the Icelandic State or municipalities would have bought Vigur, a place of great importance. Tourist service is operated there; then there is the windmill on the island and a house called Viktoríuhús, owned by the National Museum of Iceland.”

She worries that should the island come into foreign ownership, no one knows what happens to access to it. She notes it’s necessary to look at the potential sale of Vigur in a wider context.

To illustrate her point, she mentions British billionaire James Ratcliffe, who has purchased a vast area of land in Northeast Iceland, where he has control of salmon rivers. His ownership of land in Iceland, she notes, has caused many people to worry that Icelanders are losing control over their own country. Halla believes that sort of development must be fought by passing new legislation.