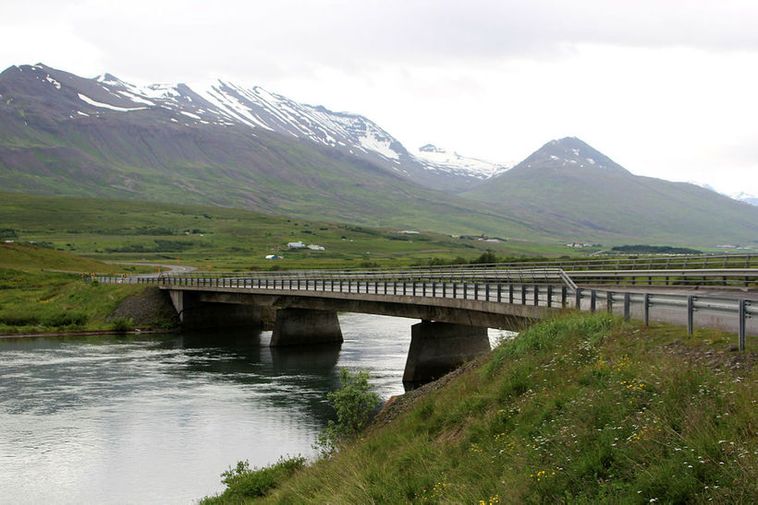 The American owners of the luxury lodge Deplar Farm have purchased land in Svarfaðardalur valley, which they intend to use for tourist services, Morgunblaðið reports.

Fljótabakki ehf., an Icelandic subsidiary of the US travel service company Eleven Experience, which runs the luxury lodge Deplar Farm in Fljót, Skagafjörður, North Iceland, recently purchased the farm Atlastaðir in Svarfaðardalur valley, North Iceland. This was confirmed by Haukur Bent Sigmarsson CEO of Fljótabakki. The farm is located near the bottom of the valley, about 20 km (12 mi) from the town Dalvík.

The plan is to run a tourist service there, connected to other operations of the company in North Iceland. The deal was sealed last month, and the purchase price, according to Haukur, is confidential.

This is not the only land Fljótabakki has purchased in the past year. It already owns considerable property in Fljót , a region on the eastern side of Skagafjörður fjord. Last fall, it was reported that the company had bought the land Hraun, in Fljót,  intending to use it for tourist services. Prior to that, the company had purchased the land Nefsstaðir, on Stífluvatn lake in Fljót. In addition to the land Deplar, where the luxury lodge is located, the company owns land from the farms Knappsstaðir, Steinavellir and Stóra-Brekka – all in Fljót.

Haukur reports that the reason for purchasing all this land is to support the operation in place at Deplar Farm, from where guests go on various excursions in North Iceland, such as heli-skiing, hikes and bike trips, during which they stay at these places.

Eleven Experience specializes in luxury travel service for wealthy tourists. In addition to Iceland, the company operates tourist services at nine locations: in Chile, France and in several places in the US.

Haukur states that Fljótabakki has no plans to purchase more land, neither in this area nor elsewhere. He notes, however, that it is common for landowners in North Iceland and elsewhere to contact the company, offering their land for sale. “That has become increasingly common since the stream of tourists started diminishing,” he states.