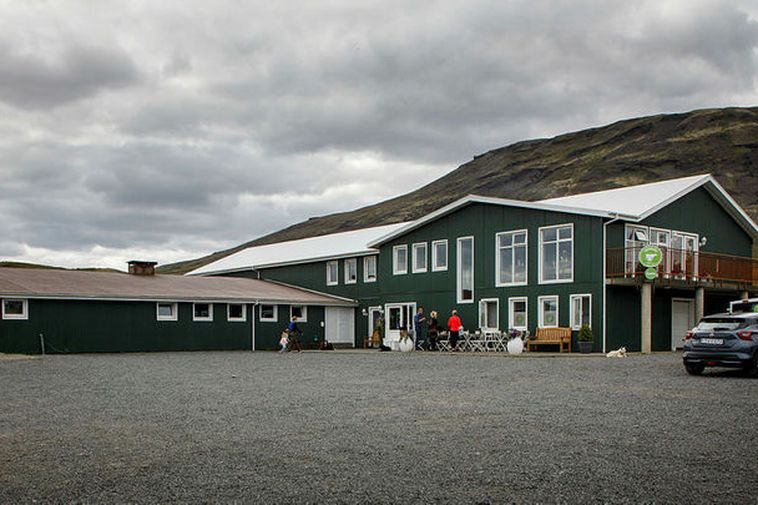 The E. coli infection, which so far has affected ten children, aged 20 months to 12 years, in the capital area, has now been traced to the travel service farm Efstidalur II in Bláskógabyggð municipality, Southwest Iceland.

According to the Directorate of Health, it is now clear that nine of the ten children were infected in Efstidalur II eleven days to three weeks ago, but one of the children later caught the infection from a sibling. The farm serves food, including ice cream.

A statement posted on the website of the Directorate of Health today states the following:

“Bacteria-related research revealed that calves on the farm carried the same bacteria as the infected children.

Half of the children did not come into contact with the calves.

The only thing all nine children had in common was that they consumed ice cream on the farm Efstidalur II. The tenth child contracted the bacteria from a sibling.

The bacteria detected in the infected children were not found in ice cream on the farm. The batch of ice cream the children consumed could not be tested, because a new batch had replaced it.

More bacteria-related research is ongoing, among other things with regard to employees on the farm.”

Thus, the Directorate notes it cannot be asserted that the children contracted the bacteria through contact with the calves. The strongest epidemiological connection appears to be to the ice cream served.

Six of the children did not get seriously ill, and the other four are recovering, mbl.is reports.

Actions were taken on July 4, in cooperation with the farm owners, to prevent further spread of the bacteria.

The Directorate reminds people of the importance of general cleanliness and washing hands when treating food and after being around animals, especially when children are involved.