Too Many Youngsters Lack Endurance 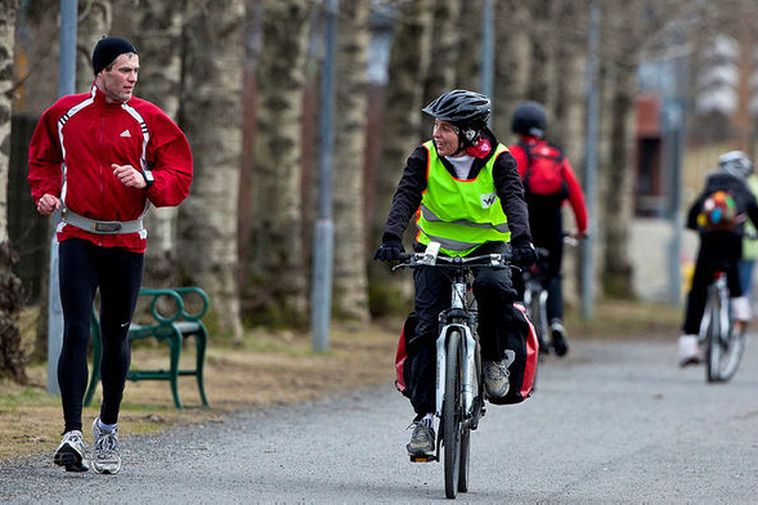 Forty percent of 17-year-olds who took part in a study in Iceland - all of them active in sports - are at risk when it comes to lifestyle-related diseases, Morgunblaðið reports. The study, the data of which Selmdís Þráinsdóttir interpreted as part of her master’s thesis in public health science, involved 137 individuals, whose endurance and body fat percentage was measured at age 15 and again two years later.

The project is part of the study “Heilsuhegðun ungra Íslendinga” (Health Behavior of Young Icelanders), conducted in 2015 and 2017, directed by Erlingur S. Jóhannsson, PhD.

Selmdís found that an alarming percentage of the 17-year-olds has too high a body fat percentage and suffers from lack of endurance, despite being active in sports. The aim of her project was to look at the effects of sports activity on endurance and body weight.

“Based on the reference groups regarding endurance, 26.5 percent of participants active in sports at age 15 fell into a risk category with regard to lifestyle-related diseases, caused by a sedentary lifestyle,” Selmdís notes. “These are diseases such as type two diabetes, obesity and coronary and vascular diseases, to name a few. And 40 percent of 17-year-olds active in sports fell into this risk category as well.”

Asked about the reason for this, Selmdís responds, “The study, of course, doesn’t answer the question why this is so, but I can think of a few explanations. Looking at how sports activities have developed in recent years, the emphasis seems to have changed. The number of practices is up, and the emphasis on results has increased. The problem, therefore, is unlikely to be the sports activities themselves, but rather what happens outside them, or rather what does not happen outside them.”

“We could ask ourselves: Is it possible that people sit still long enough between practices to make the practices insufficient for keeping body weight ideal and the endurance high? Could food choices be bad enough to make regular sports activity inadequate for fighting this extra storage of fat? This is what I wonder about.”

What, then, can be done? Selmdís points out that these youngsters spend much of the day in school. She would like to see more physical activity take place there.

"Always creating my own adventures"