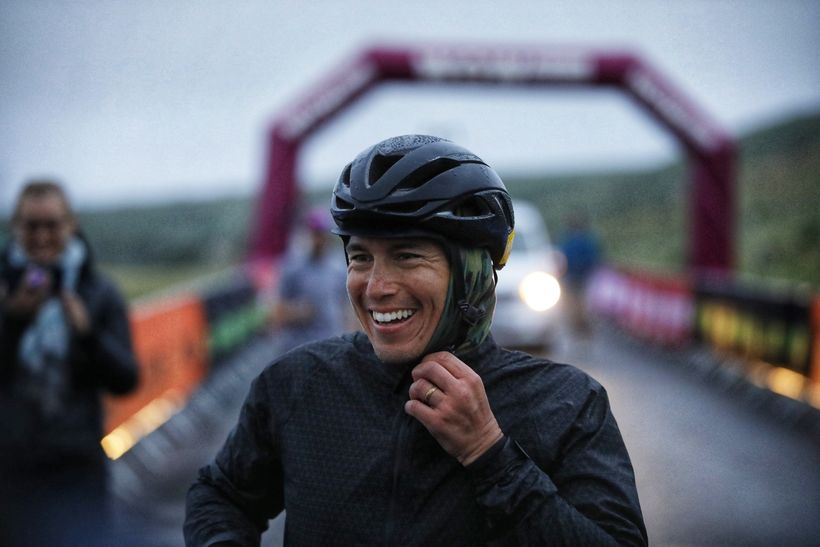 Chris Burkard was happy after completing the Cyclothon. mbl.is/Hari 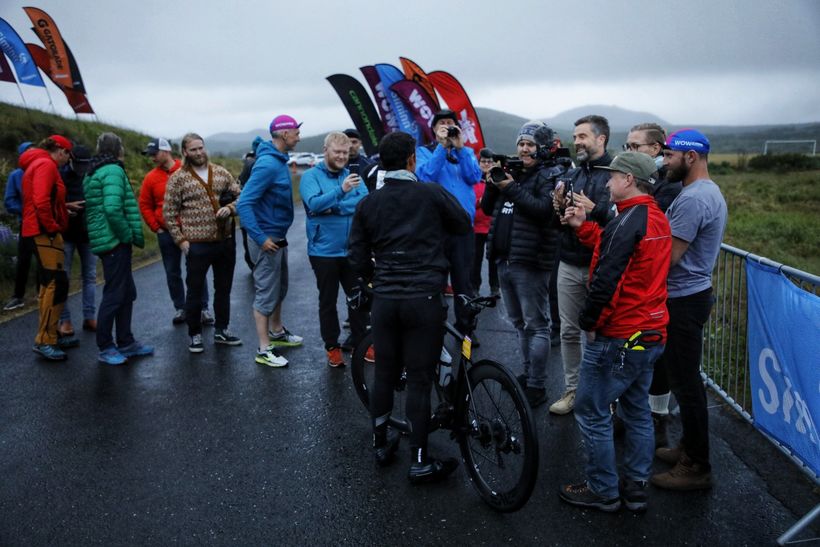 When crossing the finishing line, Burkard was very articulate, happy and grateful. It surprised many people how rational he seemed, despite not having slept for 53 hours. 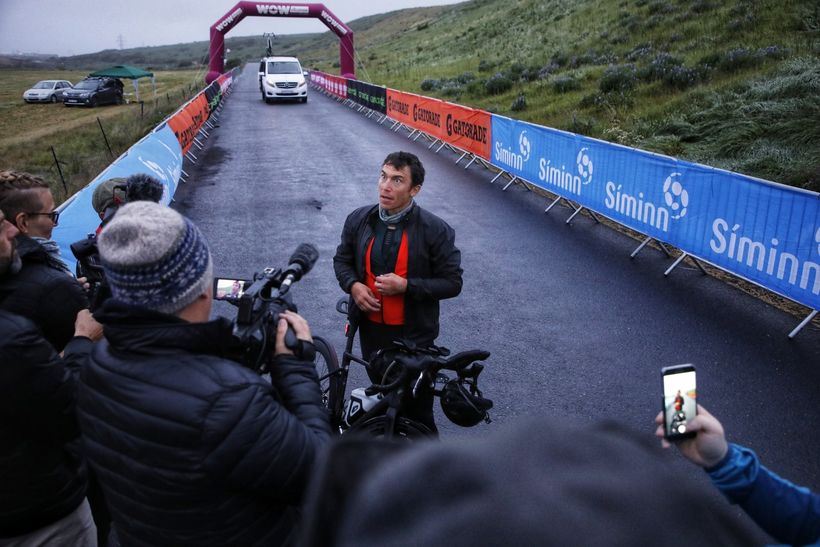 Burkard, 33, is a popular landscape, surf, lifestyle and travel photographer , with 3.4 million followers on Instagram. Among the films he has directed is Under an Arctic Sky – about surfers, who travel to a remote part of Iceland in the middle of winter to find perfect waves, encountering instead a life-threatening storm. 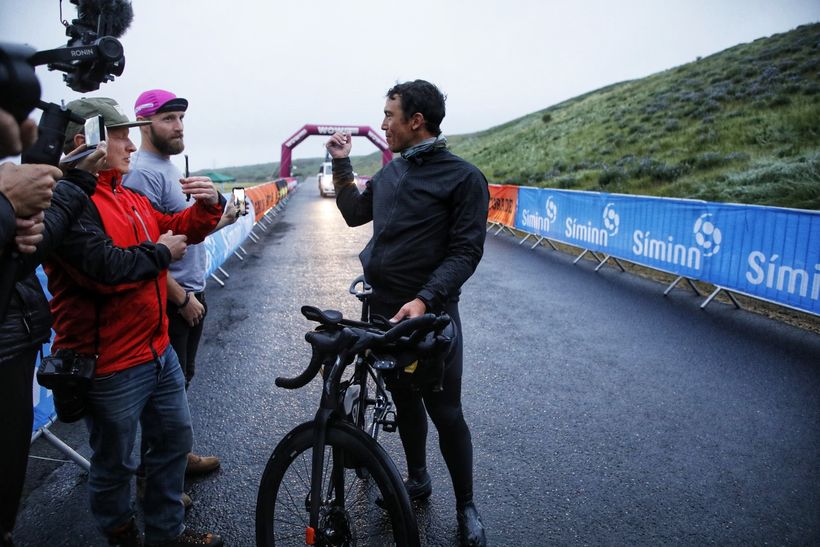 Many questions had to be answered. mbl.is/Hari

“I look forward to seeing my mother and girlfriend, who are on their way to the country,” he stated. He has been to Iceland 34 times. He looks forward to showing his mother the country she has never seen.

The last part of the race proved trying for Burkard, according to Óskar Páll Sveinsson, his team leader. At 10 pm, he was taken into the vehicle which followed him, given dry clothes, and attempts were made to reduce his shivering. At the time, he was just past Strandakirkja church, Southwest Iceland and had cycled in heavy rain the previous hours. 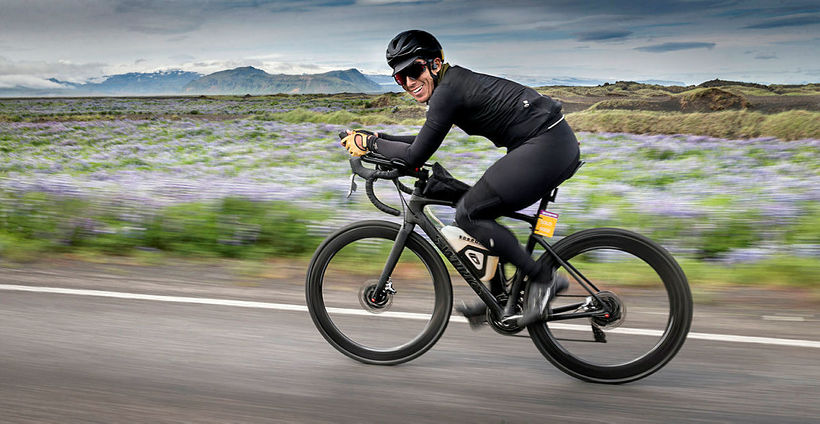 “We had to force him into the car. He just wanted to finish,” Óskar told mbl.is at about 10:30 pm, shortly after Burkard resumed biking.

Conditions were favorable the first half of the journey, with tailwind almost all the way to Jökuldalur valley, East Iceland. After that, it was sometimes headwind, sometimes tailwind, Óskar reported.