Hundreds of Downtown Apartments for Sale 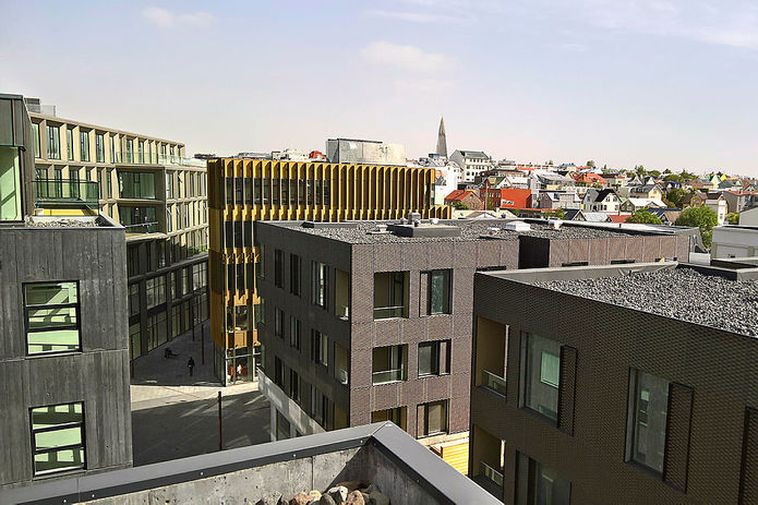 The majority, or 64 percent, of new apartments in downtown Reykjavík have not yet sold, Morgunblaðið reports. This represents 331 out of 519 new apartments. Possibly, the figures obtained have changed slightly since they were published on the projects’ websites. Another 240 apartments will be listed for sale in the coming year. The construction of more than a thousand additional downtown apartments is being planned.

The most expensive apartments are at Hafnartorg and Höfðatorg squares. Once completed, they could cost more than ISK 200 million (more than USD 1.6 million; EUR 1.41 million), each.

First-time homebuyers, looking for smaller apartments, are delaying their purchase, awaiting government measures planned this fall, which would make it easier for them to obtain an equity loan from the government.

Builders are reevaluating the time it will take to sell new apartments downtown and even expect profit from sales to be minimal, due to slow sales.

One builder criticizes the lack of diversity in new apartments offered: “They shouldn’t have stopped building in the suburbs, which are cheaper. Apartments downtown are more expensive and less practical for families.”

Right now, there are 331 apartments listed for sale in ten new apartment buildings in downtown Reykjavík. Some of them were listed as long ago as late in 2017; others were recently listed. Assuming an average price of ISK 55 million (USD 440,000; EUR 387,000), the combined price of the 331 unsold new apartments is roughly ISK 18 billion (USD 144 million; EUR 126 million).

Yesterday, he Monetary Policy Committee of the Central Bank of Iceland lowered the bank’s interest rates by 0.25 percentage points, bringing the bank’s key interest rate – the rate on seven-day term deposits – to 3.75 percent. This is believed to stimulate real estate sales.