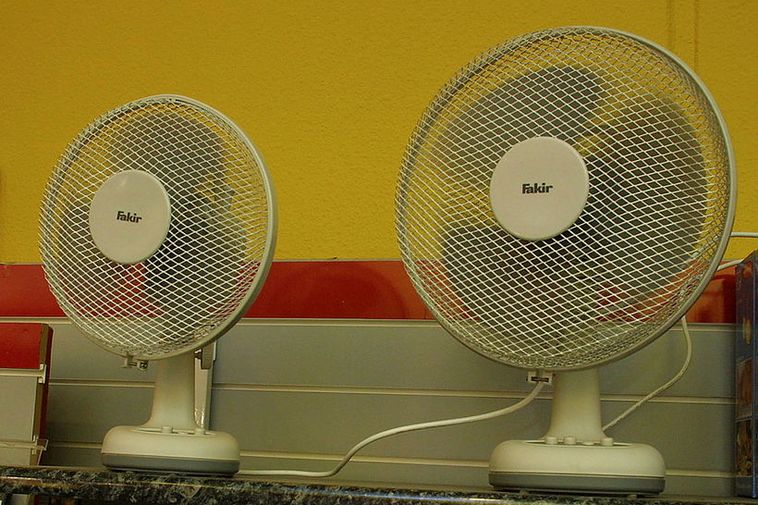 Biting midges may not have any fans in Iceland, but fans are what keeps them away - electric ones, that is.

There has been an explosion in the sales of electric fans in the country this summer, Morgunblaðið reports. The reason: people’s fear of biting midges – relative newcomers in the country - the attacks of which can be prevented by keeping the air moving in your bedroom overnight.

Electric fan sales at BYKO hardware store are close to ten times what they were in the past two years, according to Sveinn Sveinsson, BYKO’s product category manager. Luckily, he states, the store had a large stock of electric fans this summer.

“It’s got to be the biting midges and the heat,” he opines. “Above all, I think it’s the biting midges. People have clearly been listening to what can be done to protect yourself against them.”

Sales of the fans at Húsasmiðjan hardware store are twice what they were last year, according to the store’s purchasing department. Kristín Sævarsdóttir, product manager, reports they’re sold out in many of Húsasmiðjan’s stores, among them the largest one in Skútuvogur. She agrees that likely explanations are the heat and the biting midges.

At Heimilistæki appliance store, almost all electric fans are sold out, reports Jóhann Viðarsson, sales manager, due to a major increase in demand. A large additional order is expected in coming weeks. “All 800 electric fans received in April are sold out. I believe we’ve sold about 1,000 fans this summer. The weather has been unusually warm, and then it’s the biting midges. There’s no question about it.”