What Makes a Lopi Sweater Icelandic? 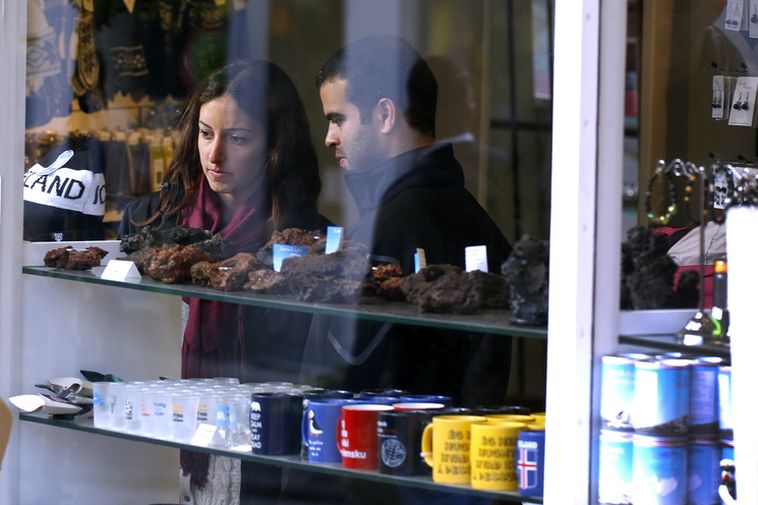 Manufacturers of traditional Icelandic wool (lopi) sweaters, better known as lopapeysur (singular: lopapeysa), are worried about the increase in manufacturing of sweaters in China, labeled as Icelandic. Although the sweaters made in China are made of Icelandic wool, the workmanship is not considered on par with that of the ones made in Iceland, mbl.is reports.

As a result, the Icelandic Food and Veterinary Authority received an application in May from a group of people who make hand-made Icelandic lopapeysur, represented by the Handknitting Association of Iceland, requesting protection of the product name “Icelandic lopapeysa.”

The reason for the application is increased sales of “Icelandic” lopapeysur  manufactured abroad, mainly in China, and sold to tourists as an Icelandic product.

“People buy the imported sweaters as the real thing,” Þuríður Einarsdóttir, founder of the Handknitting Association of Iceland, tells CBS News. “But it is not.”

According to CBS News, the Chinese imports hold a two-thirds market share of lopapeysur in Iceland. The sweaters made abroad cost on average USD 170, reflecting lower labor costs than in Iceland, where the locally knit sweaters cost about USD 200.

Bjarni Jónsson, owner of Nordic Store, carries lopapeysur made in China in his store. He wonders what constitutes an Icelandic sweater. “What if the sweater is made by a Polish resident in Iceland?” he asks. His company makes roughly 20,000 sweaters a year in China for its local retail business in Iceland, CBS News reports. “When does the sweater start - or stop - being Icelandic?” he asks.

After the deadline, objections will be considered and subsequently a decision will be made as to whether sweaters made of Icelandic wool in China may be labeled Icelandic.