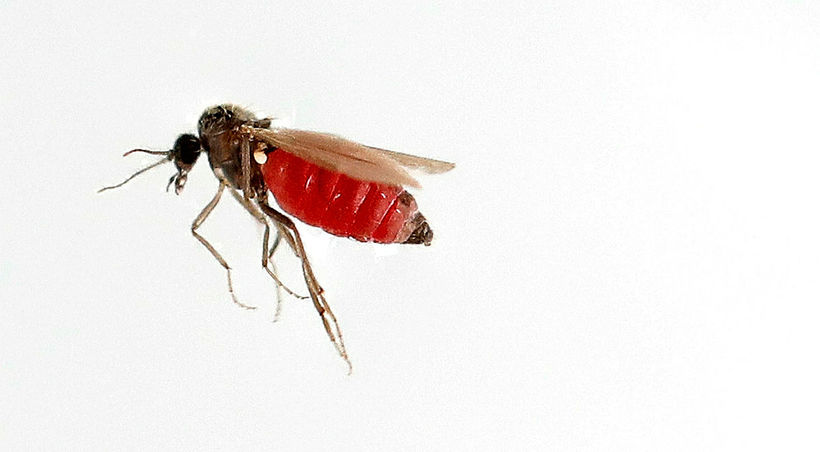 Biting midges have become quite a nuisance in parts of Iceland. mbl.is/Eggert Jóhannesson

Insect repellent is in high demand in South Iceland these days and almost sold out in some stores, Morgunblaðið reports. The reason is biting midges (Ceratopogonidae) - tiny flies, only 1.5 mm in size, which in recent years have become a common nuisance in South and West Iceland. They were first detected in the country four years ago.

“[The repellent] sells out right away,” Hjördís Björk Ólafsdóttir, pharmacist at Apótekarinn drug store in Selfoss states, “and every other person here has numerous bites. We’ve never seen anything like it.” 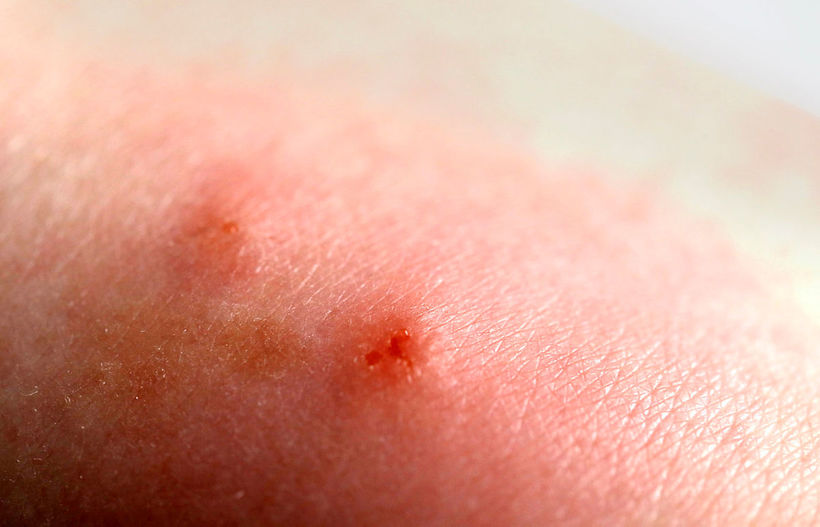 The bites can be ugly and itchy. mbl.is/Eggert Jóhannesson

“This is an explosion. We’re so close to the cabin area in Grímsnes, where the biting midges thrive.” The midges are especially common around summer cabins, surrounded by trees, where the wind is calm.

For people who spend time in areas infested with the biting midges, she recommends applying lavender or tea tree oil to window sills and bed sheets, and she stresses the importance of closing cabin windows before 7 pm, which is when the flies become active.

In case of bites, she recommends applying the topical corticosteroid Mildison to the bites and taking allergy medicine.

Hildur Björg Ingólfsdóttir, physician in Reykjavík, reports that the biting midges have been detected earlier this year than last. “People’s reaction to the bites varies a great deal,” she states. “Some people get areas of swelling, pain, even a low-grade fever, followed by severe itching, and they feel awful.” She advises people to seek medical attention if signs of infection appear.

For people who are sensitive to insect bites in general, she recommends taking allergy medicine as a preventive measure the day before going to a cabin, and to continue taking a tablet a day during their stay in the cabin.

According to RÚV , some people recommend keeping a fan in the bedroom in order to keep the air moving, which makes it harder for the midges to bite.