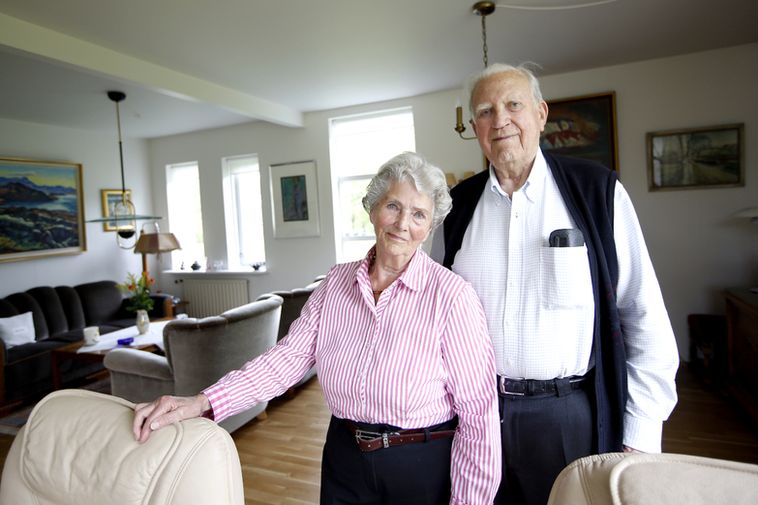 Not many couples get to spend 75 years in marriage. On Monday, Dýrleif Hallgríms and Gunnar Ólafsson became only the fifth couple in Iceland to do so. They got married in Þingeyri, the West Fjords, on June 3, 1944. He was 22, she a year younger. Fast forward 75 years, and today they are 97 and 96. They now live in Reykjavík.

Gunnar stopped driving last year. “My husband got rid of the car just over a year ago, and that was a shock,” Dýrleif tells Morgunblaðið. “Still, I told him he should be glad not to have caused any accidents. I think it’s great to have the good health to be able to drive this long.”

The couple has four children. According to Dýrleif, the “kids,” all but one over the age of 70, frequently run errands for their parents. The very youngest one recently turned 60.

When asked how many descendants they have, Dýrleif laughs. “I haven’t counted. They just all exist and all is OK with them. We’re pleased with what we’ve got.”

How were they planning to celebrate? “I’ll bake pancakes. That’s it,” Dýrleif responds.

When interviewed five years ago, she told Morgunblaðið the secret to a good marriage: “Number one, two, and three: being good to each other.”

She reports that the two of them are doing well. “We feel fine, and things couldn’t be better. We can’t expect more, or ask for more than this.”