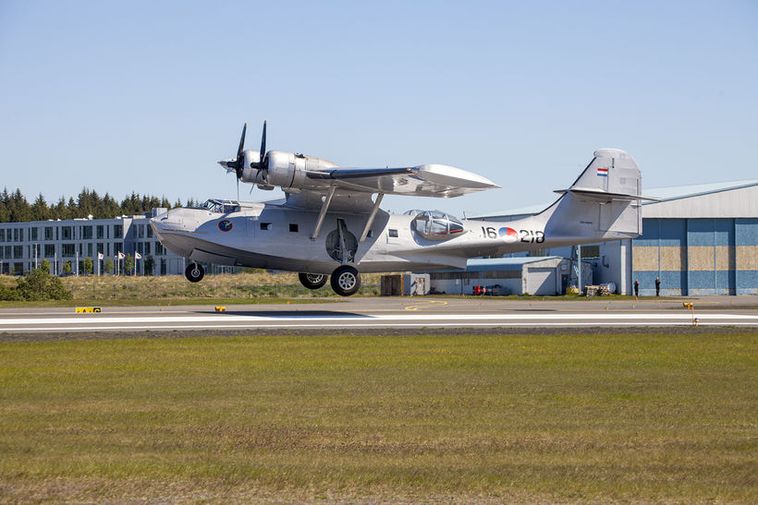 The Reykjavík Airshow will be held tomorrow, June 1, at Reykjavík Airport, between noon and 4 pm. The airshow celebrates the 100th anniversary of aviation in Icelandic. The area opens at noon and the airshow itself begins at 1 pm. Admission is free.

A Consolidated PBY-5A Catalina, an American flying boat, has returned to the country, for the first time since it was based here during World War II, to take part in the show. Such aircraft, called the Canso in Canada, were one of the most widely used seaplanes of World War II.

Another special feature of the airshow will be a hot air balloon, which will take off for the first time in this century in Reykjavík. A Boeing 757 will participate in the show; there will be an aerobatic flight of a number of aircraft; the Icelandic Coast Guard will display rescue maneuvers from helicopters; there will be a drone race, and much more. For program details, click here.

The Catalina landed in Reykjavík yesterday, after an almost six-hour-long flight from Wick Airport in Scotland. During a subsequent sightseeing flight over the southwestern part of the country, the famous plane landed twice on Þingvallavatn lake, first by only touching the surface of the lake and taking off again, the second time making a regular landing, Vísir reports.

You can read more about this unique plane here and watch it land on a lake.