Woman’s Request to Be ‘Woman’ Rejected 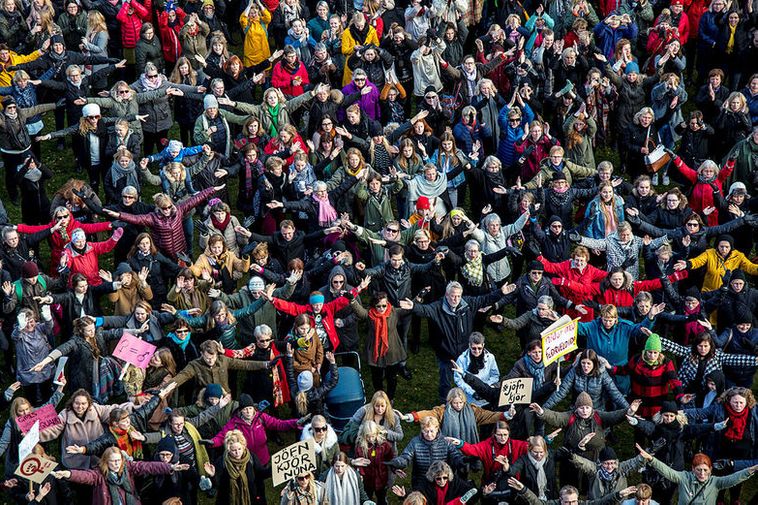 Iceland may be famous for women’s rights, but a woman still can’t be “Woman.”

Elín Eddudóttir kept being asked, “Is Elín your only name?” Therefore, she decided to add a middle name. In 2014, she read an interview with Kristbjörg Kristjánsdóttir, who reported having twice been denied the right to carry the middle name Kona, meaning Woman.

“I said to myself, ‘This is a cool name, which I’d like to have,’”  Elín told RÚV Rás 1 radio this morning. “So, I applied, but they wouldn’t give me permission.”

The Naming Committee’s ruling, received by Elín yesterday, states that the name Kona is a violation of the fifth paragraph of law 45/1996, and therefore, the request must be rejected.

A given name must not be such that it causes the bearer nuisance.”

The ruling further states that the word kona is a common noun, used to describe a female of a certain age. No provision in the naming laws literally prohibits its being used as a given name, and several words in this category, meaning a person, do exist in the Icelandic name register, such as Karl [meaning man or old man], Sveinn [meaning young man] and Drengur [meaning boy]. These have a long history in the language; some appear in the Icelandic sagas, others exist in other Nordic languages and have, thus, traditionally been used as given names.

On the other hand, words such as maður [man], piltur [boy], strákur [boy], karlmaður [male], kvenmaður [female], kona [woman], kerling [old woman], mær [maiden], stúlka [girl], and stelpa [girl] have not been used as given names, and it must be concluded that names of that kind are not in accordance with traditional rules in the Icelandic language, and do, therefore, violate the Icelandic language structure.”