Mars Rover to Be Tested in Iceland 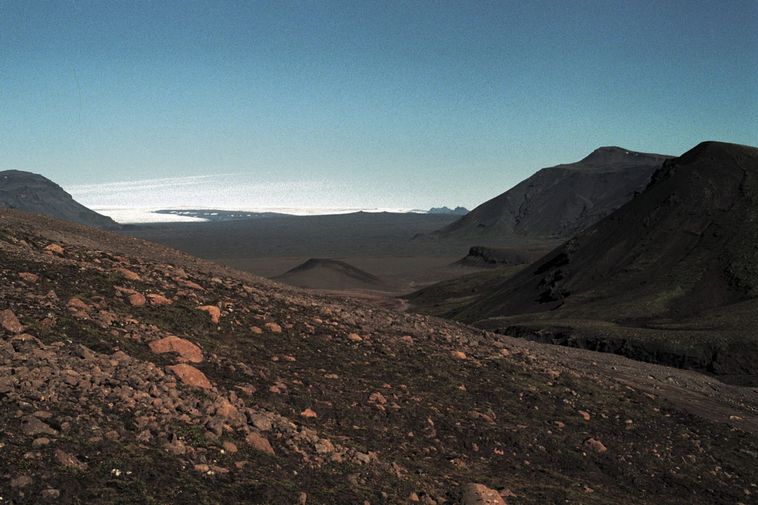 From the highlands south of Langjökull glacier, south of the area where the rover will be tested. Gísli Sigurðsson
Vala Hafstað
vala@mbl.is

Scientists are expected in Iceland this summer to test an automated rover to be used for NASA’s next mission to Mars, planned for 2020. Students at Reykjavík University will participate in preparations for testing of the equipment, according to the university’s website. The rover will be tested in Lambahraun lava field, south of Langjökull glacier, West Iceland, where the soil and landscape resemble those of Mars.

The Canadian company Mission Control Space Services is in charge of the research and testing to be done in Iceland this summer. Twelve technology and engineering students at Reykjavík University are currently working on preparations for the research, funded by NASA.

“[The scientists] will arrive with the testing equipment in July, including a prototype of the Mars rover, and we will create a facility for it at the university,” one of the students explains. “Our job is to prepare this mission and then work with them on research this summer.  The scientists will do the research in Lambahraun lava field, where there is dry basalt sand, similar to the sand on Mars and not found in many places outside Iceland, and weather-beaten basalt lava. In that same area, there are also channels in the sand, left by meltwater from the glacier, reminiscent of channels on Mars and, therefore, especially interesting to them.”

Among the things to be tested in Iceland is self-driving equipment, designed by MCSS for Mars rovers. “We’ve been flying drones over the area to collect data, which in turn have been used to train the Mars rover’s self-driving equipment. There are other factors as well, for which the research mission needs assistance, such as checking whether there is Internet connection in the area and what’s the best place for storing the equipment. We’re very excited about taking part in testing [the equipment] this summer.”