Restores Bikes for Kids in Need 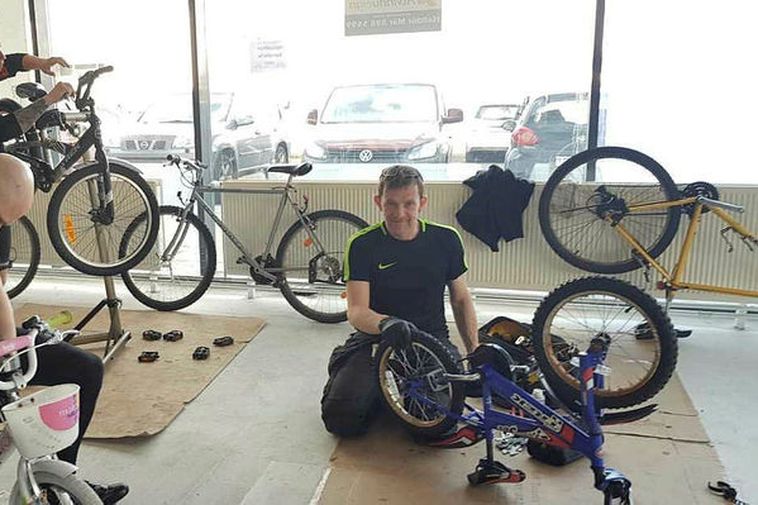 Children, who otherwise would not be able to own a bike, have a chance to obtain one from Barnaheill, Save the Children in Iceland. The charity collects bikes to restore them and give them away. Barnaheill held a collection of bikes for the eighth year in a row this spring, in cooperation with IOGT (International Organization of Good Templars) Æskan, which was very successful, according to Linda Hrönn Þórisdóttir, project manager for Barnaheill.

“Since the project was launched [seven years ago], we have given away more than 2,000 bikes to children and youngsters who otherwise wouldn’t be able to own one,” Linda tells Morgunblaðið. This year, 250 applications for bikes were received from children of all ages and diverse background.

“These are both Icelandic children and children who have the status of asylum seekers, and so on, so the group is very diverse.”

Barnaheill cooperates with Sorpa waste management company, which receives bikes at its recycling centers. “At all six recycling centers, we have special containers,” Linda explains. The public is then encouraged to donate bikes, no longer in use.

The bicycles are then transported to a building to which Barnaheill has access, where they are restored, partly with the help of volunteers.

“We have received help from individuals and the bicycling clubs of companies.”

So far, all who have applied for a bike have received one, and the goal is to keep it that way, Linda states. The giving away process is about to end, and the sale of extra bikes began Thursday, ending at 3 pm today. “That’s one of the ways in which we fund the project,” Linda notes.

The bike sale takes place at Víkurhvarf 1 in Kópavogur, from 11 am till 3 pm today.