Both wives died in this morning's accident 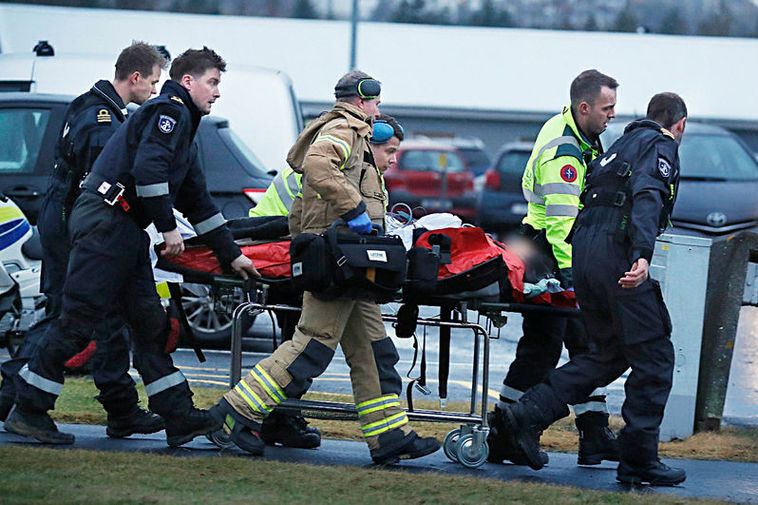 Four people are in hospital in Reykjavik with serious injuries. Photo/mbl.is

Two brothers and their families were in the jeep that plunged through a railing and off a bridge some ten metres crashing on sand. Both wives were killed in the accident and a very young child. This was confirmed by the Indian Embassy to mbl.is this evening.

The two brothers and two children, aged 7 and 9 are seriously injured in hospital.

The British Embassy in Reykjavik confirmed to mbl.is that the tourists were British citizens and that the embassy would be giving information and support to their families.

The Indian embassy has contacted the third brother who lives in Britain and will be arriving in Iceland soon. The Indian Ambassador to Iceland, Armstrong Changsang visited the hospital today and spoke with doctors and a  hospital vicar.

Police are investigating the cause of accident.