All injured in the Núpsvötn bridge accident now in hospital 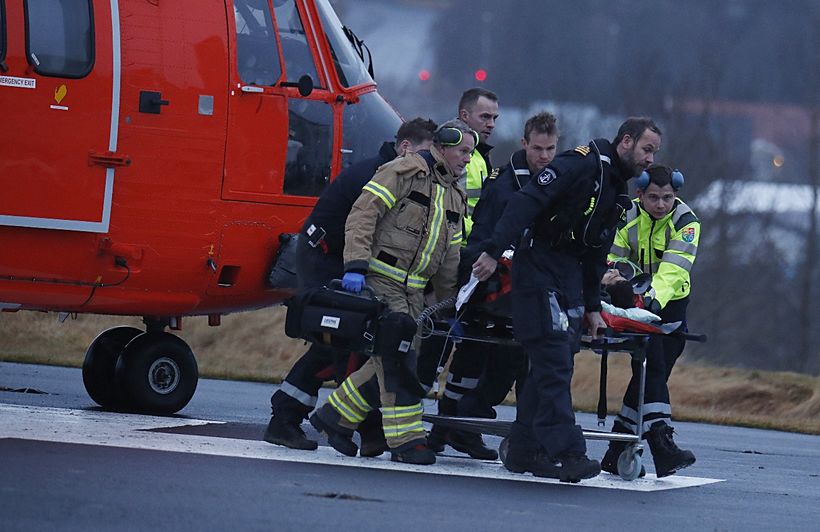 A tow truck is now trying to remove the jeep driven by the British family up to the bridge and from the scene of the accident. All those injured were flown to hospital via helicopter and their injuries are very serious. The Suðurlandsvegur is still closed in both directions.

Three died in the accident, including children. All passengers were of British nationality according to police.

Nothing is known about the cause of the accident as yet and no ice was on the road when it occurred but chief of police in Hvolsvöllur,  Sveinn Rúnar Kristjansson says that the steel plates in the bridge could become icy in certain conditions like this morning.

The vehicle plunged down from the bridge and ended up on the sand and not in the river. 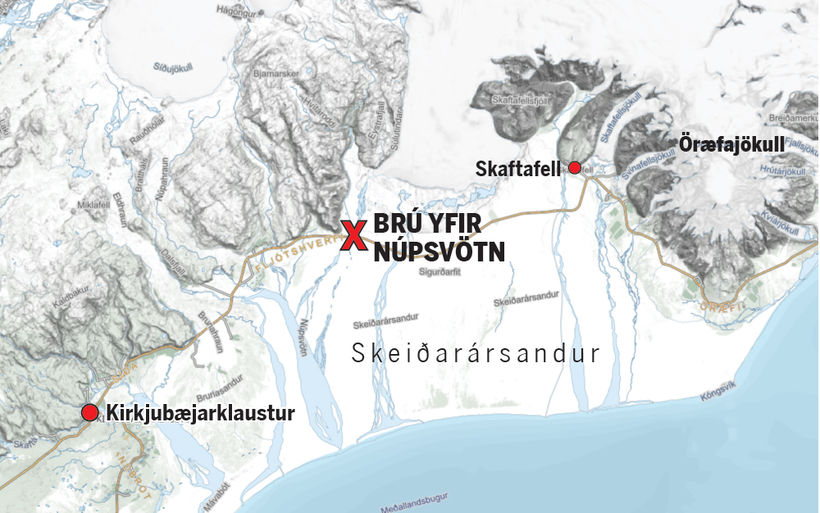 The bridge is located where the X is marked on the map. Kort/mbl.is