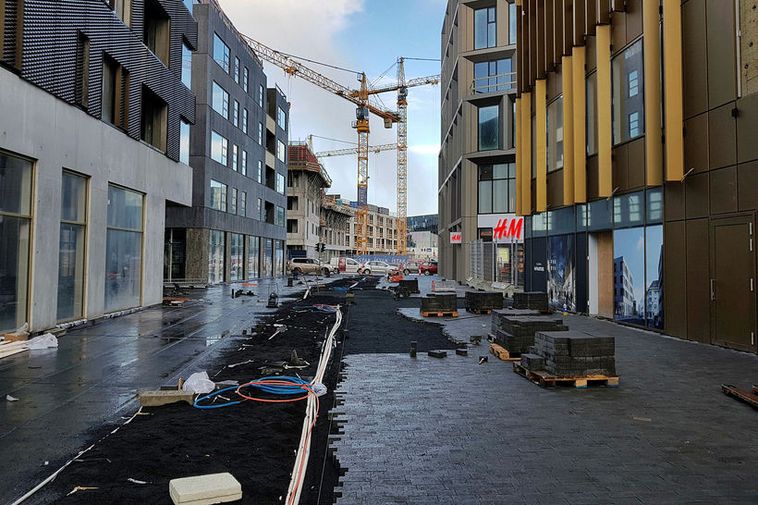 Image 1 of 2 Reykjastræti. mbl.is/sisi
Image 2 of 2 Kolagata, partly ready as it's used for the entry way to the new H&M store. mbl.is/sisi

It's highly unusual that new streets appear in the centre of Reykjavik as it's the oldest part of the city. Now, however, two pedestrian streets are soon to be completed on the new Hafnartorg, between Tryggvagata and Geirsgata. Their names are to be Kolagata and Reykjastræti and they will be ready for use in January.

Both names were proposed by a naming committe. Kolagata is named so because coals were unloaded in the area in earlier times.  Reykjastræti is simply named after Reykjavik.