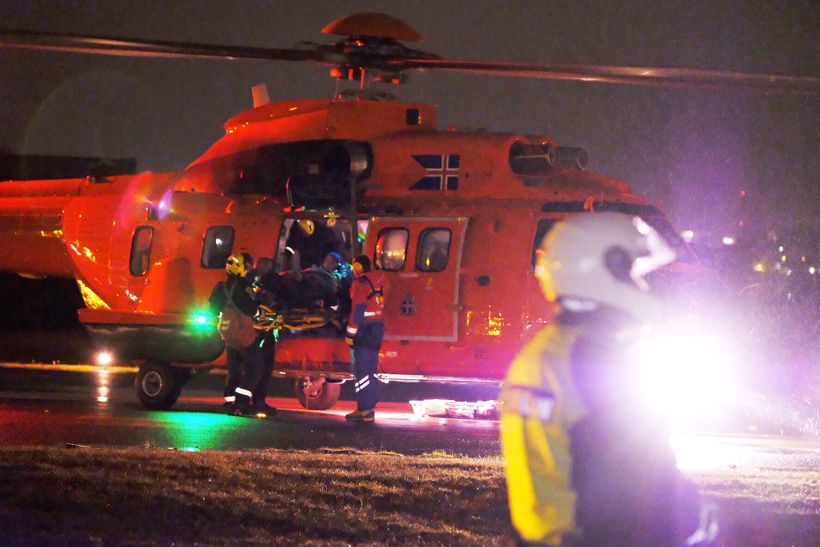 The helicopter landed in Reykjavik just before 9 pm. mbl.is/Kristinn

The national coastguard helicopter was dispatched late yesterday afternoon to fetch a woman who was injured after a fall in Kirkjufell mountain in Snæfellsnes. The woman was conscious when rescue teams were able to reach her.

Rescue teams from Reykjavik and Snæfellsnes were called to the site of the accident. The weather conditions were poor with snow and ice on the mountain. Weather was also starting to worsen so rescue teams wouldn't have been able to carry the woman down the mountain on a stretcher, therefore the helicopter was vital.

Rescue teams would like to stress that people should be well equipped and know their limitations before climbing an Icelandic mountain.

The woman is recovering in hospital.

Two fatal accidents have occurred in Kirkjufell mountain in the last couple of years. 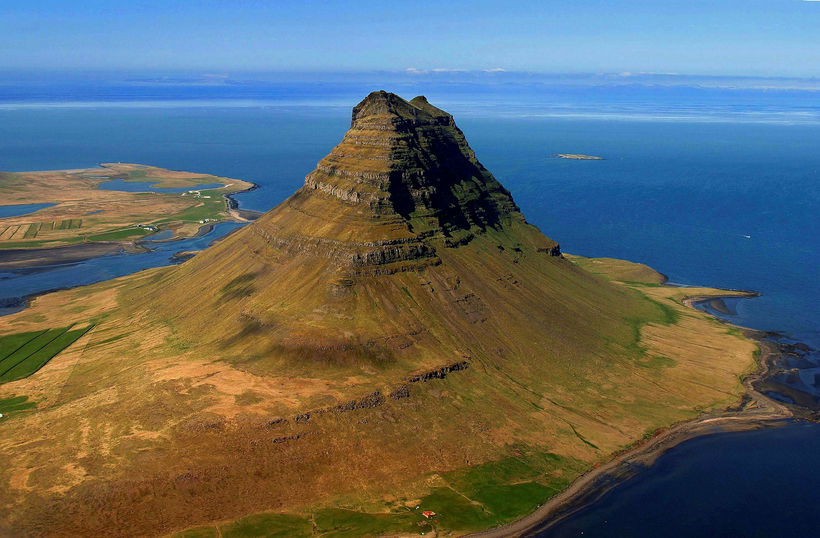