Feeling lonely? Have a seat on the friendship bench 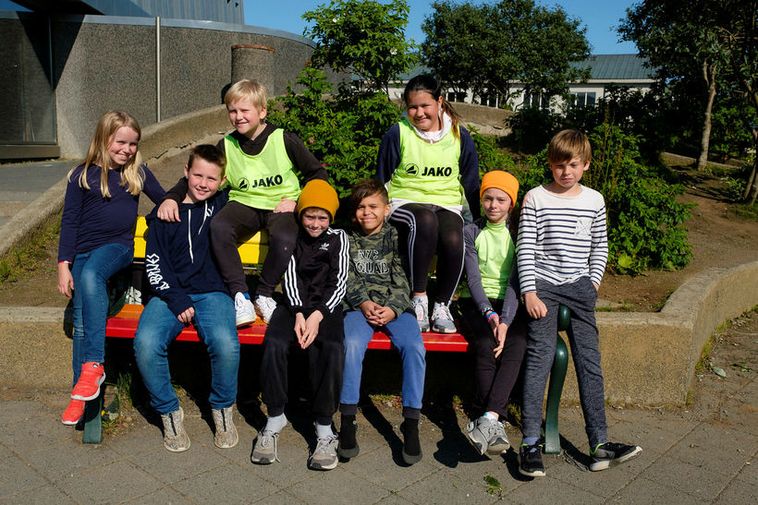 Friendship benches have been installed on the playground of Melaskóli grade school in Reykjavík. “Friendship benches are a German phenomenon,” Principal Björgvin Þór Þórhallsson tells Morgunblaðið. They are a gift from the school’s parents’ association, Formel, given to celebrate Melaskóli’s 70th anniversary in 2016. If a child at the school needs company, he or she takes a seat on the bench. That tells other students that the student in question is looking for company.”

He states that students in the lower grades keep their eyes open for someone sitting on the bench, and then come to keep them company.

“They take it so seriously that the other day, when a man sat down there to rest, the kids came right away to talk to him.” Björgvin admits that the benches don’t work as well for the upper grades, but kids in those grades take on the role of friendship volunteers at the playground.

“Friendship volunteers wear special vests and are provided with a ball and all kinds of tools. Their project has its roots in Sauðárkrókur [North Iceland]. It has to do with having the students organize and direct games for other students during recess. This is meant to ensure there is always something to do and that there are organized games during recess.”

The school has adopted a system, developed by Norwegian Professor of Psychology Dan Olweus, to prevent bullying. The system is highly regarded worldwide as a bullying prevention program.

In addition to having friendship benches and friendship voulunteers, classes conduct meetings, where students discuss how they feel and talk about their interactions, and every year, the school participates in a bullying poll.

“Luckily, we’ve done really well in recent years, and actually from the start. We’re doing well, but more work is needed,” Björgvin states. There is also great cooperation with the parents’ association.