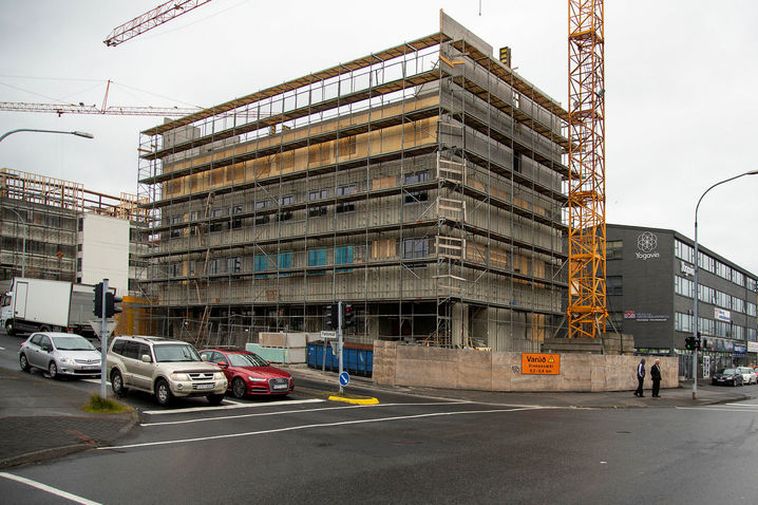 The City of Reykjavík has started rejecting applications for new hotels and hotel apartments downtown, Morgunblaðið reports. At the same time, banks have stopped issuing loans for the construction of hotel buildings. Uncertainty regarding the financial position of Icelandic airlines has resulted in fewer loans being issued to companies in the tourist industry.

The city’s measures and the banks’ new lending policy have played a role in some hotel projects in the city center and elsewhere in the metropolitan area being canceled. Despite that, close to 800 hotel rooms will be taken into use in the city next year, in addition to 54 hotel apartments.

An example of a hotel project which now has evolved into an apartment building project is on the so-called Héðinsreitur lot, in the westernmost part of Reykjavík. The companies Mannverk and Festir now plan to construct up to 200 apartments there instead of a hotel.

This policy change in the city will lead to an increased supply of apartments in the city center in coming years, which may affect real estate prices there.

An expert in hotel construction, who prefers to remain anonymous, states that in order for the banks to approve a loan for hotel construction, the project has to be very special and appeal to new kinds of groups. Another expert states that in the wake of reports about uncertainty in the airline business, the number of loans issued to the travel industry in general is down.

The hotel chain Center Hotels will be taking about 300 hotel rooms into use next year. By comparison, there are 320 rooms at the country’s biggest hotel, Fosshótel at Höfðatorg square.