Tough to meet increased US demand for Icelandic lamb 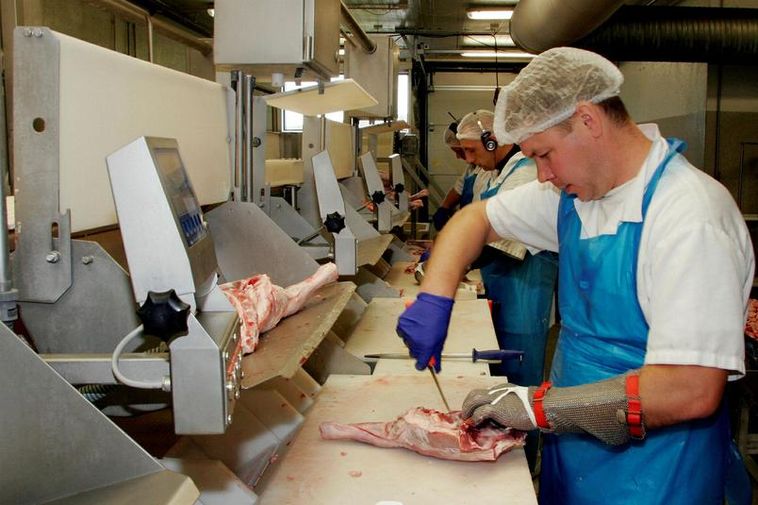 Lamb for the US market es exported fresh. mbl.is/Skapti Hallgrímsson

Demand for Icelandic lamb for the US market is increasing, but the slaughterhouse that supplies the meat for Whole Foods Market, a high-end US supermarket chain, reports that providing enough lambs for slaughter to meet the demand, now at the beginning of the summer slaughter season, is proving difficult.

In recent years, about 170 tons of fresh lamb have been exported for sale in Whole Foods stores. Last year, there was interest in increasing that amount, which proved impossible, but the aim is to export 200 tons this fall.

“The market looks pretty good, but it’s important to have a good start, so that they have enough supply to begin selling the meat in all stores at once. That’s why it was disappointing not to get more lambs,” reports Davíð Gestsson, CEO of KVH Slaughterhouse in Hvammstangi.

The window for selling lamb to the US is short. After Thanksgiving, in late November, US customers turn toward other types of meat.

In Iceland, the sale of lamb went well for the first four months of the year, but for the past three months, demand has decreased by 17 percent, compared to the same period last year. “The weather this summer clearly had a negative effect,” states Steinþór Skúlason, CEO of SS meat processing company. Weeks of rain prevented people from barbecuing. The weather affected the sale of other types of meat as well.

Ágúst Torfi Hauksson, at Norðlenska meat processing, agrees. He adds that now that tourists tend to stay here shorter than before, that, too, affects the sale of meat.