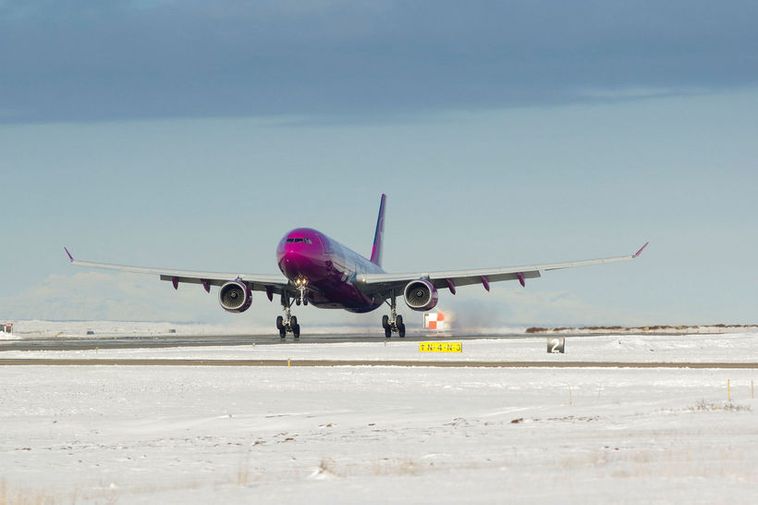 WOW Air’s sole owner and CEO, Skúli Mogensen, is seeking investors to finance the airline, according to Morgunblaðið, but the newspaper reports this morning that it has obtained an investor presentation, intended for the purpose of issuing bonds.

According to the presentation, the airline’s EBIT (earnings before interest and tax) was a loss of about USD 45 million (EUR 39.6 million) from July 2017 through June 2018, and a negative USD 13.5 million for all of 2017. A business forecast for all of 2018 assumes a negative EBIT of USD 28 million (EUR 24.6 million) and an EBITDA (earnings before interest, taxes, debt and amortization) of negative USD 6 million. By comparison, the EBITDA for 2017 was a positive USD 4 million.

The same document states that the plan is to issue three-year bonds for SEK (Swedish krona) 500-1000 million (USD 54.5-109 million), intended to recapitalize debt and cover the need for funds until the company’s initial public offering, scheduled to take place within 18 months.

WOW Air predicts a 16 percent growth in income from ticket sales this year and a 22 percent increase next year. For 2019, the forecast is for a positive EBITDA of USD 64 million and a positive EBIT of 42 million.

The airline was launched by Skúli Mogensen in 2011. It is built on a cost model that keeps costs at a minimum, pricing fares low, but charging for all extras.