Hydrogen to Be Produced in Iceland 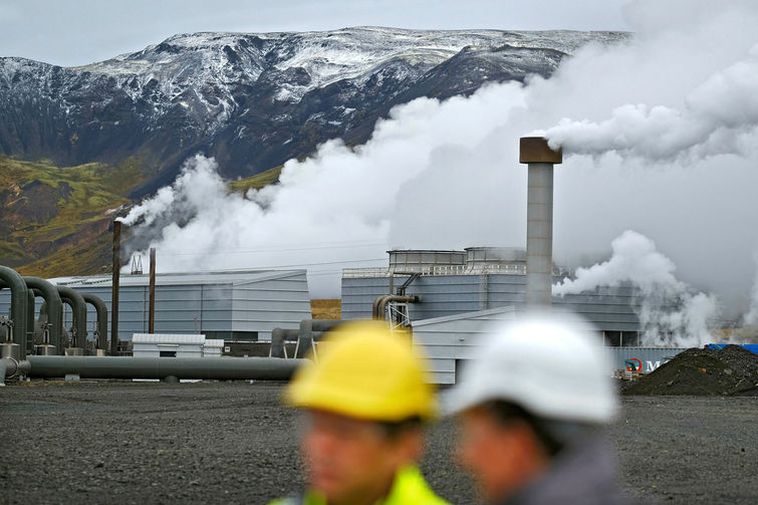 Hydrogen will be produced by the Hellisheiði Geothermal Power Plant. mbl.is/Golli

The Icelandic power company ON Power (Orka náttúrunnar) will begin the production of hydrogen at the end of August, as part of a European project, Morgunblaðið reports. An electrolyzer  has been purchased and is being installed by Hellisheiði Geothermal Power Plant in Southwest Iceland. Sale of hydrogen for vehicles could begin as early as October. Two other Icelandic companies, Orkan, owned by Skeljungur hf., and Icelandic New Energy, participate in the project. Orkan opened two hydrogen stations earlier this summer. Until ON Power starts its sale,  imported hydrogen will be used at those stations.

The electrolyzer to be used has the capacity to produce enough hydrogen for all hydrogen-powered cars in use in the country already, in addition to five hydrogen-powered buses, to be taken into use by the end of next year.

Bjarni Már Júlíusson, CEO of ON Power, states that the idea is to produce the hydrogen by the geothermal power plant and to distribute it in bottles to prevent any loss in transport. The hydrogen will be produced at one location and delivered at two to three stations.

The project’s startup cost is funded by European grants, in addition to a ISK 100 million (USD 949,000, EUR 810,000) coming from ON Power. Bjarni does not expect the operation to be profitable at first, but notes he hopes that a successful market will be established for clean Icelandic energy in the future.

ON Power has set up charging stations for electric vehicles around the country. When asked if hydrogen will be competing with those stations, Bjarni denies that. In his opinion, a dream car for Iceland would be one  powered by electricity, but able to switch over to hydrogen during longer trips.