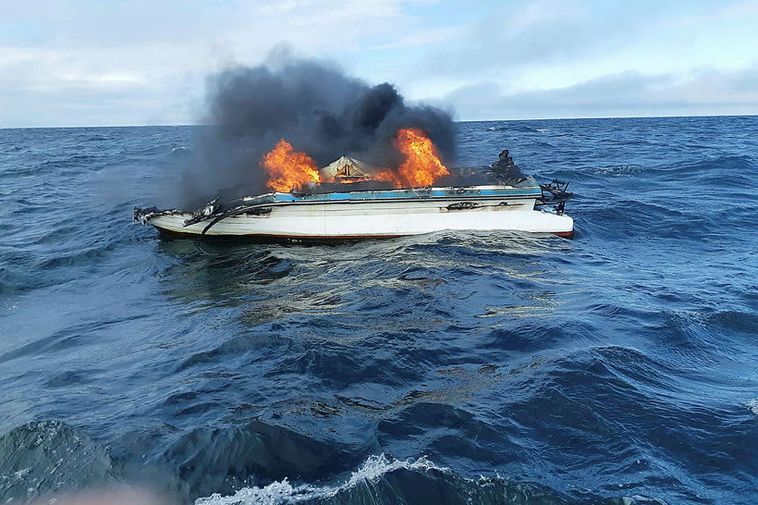 A man was rescued after his boat caught fire yesterday morning, about eight nautical miles north of Kögur in Iceland’s West Fjords, Morgunblaðið reports. The skipper, Reynir Gunnarsson, who was alone on the boat, fishing, contacted the Icelandic Coast Guard at 9:40 am to report the fire.

When a rescue boat from Ísafjörður fjord arrived on the scene, Reynir had managed to board a lifeboat. He was then rescued aboard a coastal fishing boat, which had been fishing one nautical mile away from the burning boat.

Nearby fishing boats had been called to the scene, as well as a rescue boat from ICE-SAR (the Icelandic Association for Search and Rescue), as well the Icelandic Coast Guard helicopter, although the helicopter ended up being turned around, since it was not needed.

According to Reynir, the boat was engulfed in flames by the time the rescue boat arrived and sank when attempts were made to put the fire out. Reynir believes the fire originated in the pilothouse, but there was little time to think, he states, for the fire spread quickly. He had no time to put on a flotation suit, but managed to release the lifeboat and get onboard, from where he was able to call for help with his mobile phone, which he had in his breast pocket.